Buhari: the road not travelled 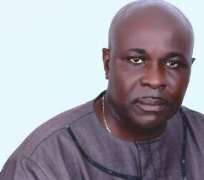 This piece was inspired by avideo of the Kenyan National Prayer Breakfast, which recently went viral. In that video President Uhuru Kenyattaand opposition leader Raila Odingapublicly offered apologies to each other over the contentious and acrimony-laden 2017 presidential election in the country. Uhuru Kenyatta, 56, is the son of Kenya’s first President,Jomo Kenyatta, while RailaOdinga, 73, is the son of the country’s first Vice President, Odinga Odinga. In that video, President Kenyatta, who took the lead in proffering apologies, said: “We have campaigned against each other, we have said nasty things against each other, and we have hurt each other. My brother Raila, I ask you for forgiveness, and I tender my apology.”

The public show of reconciliation between the two politicians was very emotional and reminded me of what could have been for our country, if President Buhari had listened to the advice of little-known fellows like us and privileged reconciliation and nation-building over strong arm tactics. Some of us had argued that after a very bitter election in a highly polarized country like ours, what we needed was not a new sheriff in town but a Nelson Mandela who would eschew all temptations and resist all pressures for vengeance under whatever rhetoric. It is tempting to speculate on what would have been the fate of South Africa today if Mandela had not opted for the course of reconciliation and had caved in to the pressures from some Black activists seething for revenge against purveyors of the apartheid system and the many sins they committed under that perverted ideology. And considering that the Apartheid system jailed him for 27 years, to eschew the temptations to revenge (no probe rhetoric against F.W. de Klerk!), it is understandable that many regarded Mandela, from his ascension to the presidency to his death, as the greatest living moral authority of our time. I was among those who consistently nudged Buhari in that direction, condemning the emerging probe rhetoric that exceedingly pleased those of his supporters who were baying for the blood of their supposed ethnic, religious and class enemies.

Today, many of those voices have become muffled or quickly changed their tunes (as they are wont to do) while some have joined the ranks of those the town criers at the presidency call ‘wailing wailers’.

Had the initial promise by the President that he would not bother himself with the past but would draw the line from the day he was sworn in going forward been kept, perhaps the country would not have been as polarized as it is today. True, the probe rhetoric and the de-marketing of the Jonathan government exceedinglypleased some hardliners,but as predicted by many of us, it also stoked the embers of our identity politics and won sympathies for Jonathan. We got in return the Niger Delta Avengers while the supporters of Jonathan or simply those who did not like Buhari or were suspicious of him, became radicalized. The Niger Delta Avengers were able to cripple crude production which helped to push the country into recession.The polity became overcharged and the social distance among Nigerians became wider than ever.

Had the Buhari government avoided the temptations of triumphalism and listened to those who urged for the immediate past government to be treated with more respect - if only to incentivize leaders who lose elections to concede – the current angst that Buhari may not concede defeat if he loses may not be there. Many of those who called for caution in the way the immediate past government was being demonized were branded ‘Jonathanians’ – not minding that the broader motivation was the need to deepen our democracy. Of course the argument was never about letting those who stole money go scot free but to encourage practices that would encourage future election losers to concede. If Buhari loses the 2019 election, I will defend any attempt to demonize him or belittle his contributions to our political economy because it will not bode well for anyone. I am one of his critics but I also have deep respect for him as an elder statesman who has done his best for the country.

Had the Presidency taken a different approach to the issue of the leadership of the National Assembly that apparently emerged against its wishes, perhaps the current Cold War with the National Assembly may have been averted. I fail to understand why Buhari, a distinguished retired army general, seem not to mind his aides opening several war fronts at the same time on his behalf. Whether we like Senator Bukola Saraki or not, the fact remains that he is a heavy weight in Kwara politicsand has shown he can hold the National Assembly together. I thought that on the eve of an election year, the presidency should be courting him and others at least in abid to bolster their chances in the 2019 elections. With the presidency not sure it can count on the votes of the States suffering the most from herdsmen attacks – Benue State, Taraba State and Plateau State, joining Kwara States to those states does not seem like a good political strategy to me.

Had the President maintained the national image he got after re-invention in the run-up to the 2015 elections, several of the challenges and suspicions of hidden agenda he faces today would probably not be there. Prior to the 2015 election, Buhari never won any state in the southern part of the country partly because of a perception (exaggerated in my opinion) that he was a Northern supremacist. True, the Daura General committed some gaffes that strengthened that suspicion. After that re-invention, that stereotype of him was negated. However a golden opportunity of permanently changing that perception of him in the south and becoming a national icon was lost, first with the lopsidedness in the initial appointments of his kitchen cabinet, and second, with an ill-advised gaffe about 97% and 5%. Though the regime has tried to correct that initial error,his subsequent moves seem to be filtered in many places, especially in the South, through the prism of those initial errors.

Had Buhari listened to small voices like mine that corruption is only a symptom of a more fundamental social malaise and not the fundamental cause of our challenges, he would perhaps have adopted a different approach in fighting the problem. I have been aconsistent critic of the EFCC’s ‘gra-gra’ method of fighting corruption since the days of Obasanjo and nothing has convinced me that the contraption is succeeding. Rather, what fighting corruption under this dispensation has succeeded in doing is scaring people who have money to invest from coming out, worsening the economic squeeze in the country. By the way,the government asking people to herd back to agriculture as a way of fighting unemployment or creating sufficiency in food production seems uncreative to me. The truth is that as countries develop, the share of the population working in agriculture declines. For instance while some 70 per cent of the population in poor countries work in agriculture, less than five percent of the population in the developed economies does so. Yet they are able to apply the developments in science and technology to produce more than their societies need. In this sense, asking young people (irrespective of their own visions of their future) to herd back to agriculture seems to me a sort of forward to the past.

Had Buhari shown tough love to the herdsmen – most of whom are his fellow Fulani - as Obasanjo did with the OPC and Governor Peter Obi did with MASSOB when he ordered ‘shoot-at-sight’ on them, the current suspicions that he is soft, if not turning a blind eye on the murderous activities of the herdsmen, would perhaps not been there.

I will like to see Buhari succeed in his job because that will benefit everyone. However to succeed, we necessarily have to look back and interrogate some of the missteps, or as my people will say, understandwhere the rain started beating us.