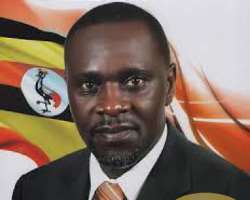 I would like to thank the NBS TV for giving us a good show, 'The State of Our Political parties' recently. The balance of the meaningful debate circled around the very singularity and particularness of former presidential candidate, Kiiza Besigye. The show was loaded with fascinating tales of push and pull especially between the Lord Mayor, Erias Lukwago and Dr. Abed Bwanika. The latter's stated objective being to dettach voters from Besigye, atleast in Buganda. I think there is a caricatured exaggeration of how Besigye has dominated opposition politics since 2001,because the same people accusing him have also been standing for presidency or supporting some other candidates in the elections, other than Besigye. Its true that Norbert Mao has never supported Besigye in all elections. Bwanika has never been part of a Besigye-led coalition, as far as I remember, though he may have voted for him in 2001 as he said. For them to say that Besigye has been on the scene for so long,and they leave themselves out, is a deceiving and prejudiced picture.

NRM have had the same leader and presidential candidate ever since they came to power.Museveni is now some kind of a cult leader just like Stalin was to Russia, while Besigye is now just a political activist like all of us. The NRM Heroes medals are an equivalent of the Stalin Prizes. The cult of Museveni's person serves an administrative purpose,very successfully reinforcing in the population a sense of dependency on the state and its guiding force, just like Stalin did.Stalin himself is said to have put it to his adopted son,"You're not Stalin and I'm not Stalin.Stalin is Soviet power. Stalin is what he is in the newspapers and the portraits, not you, not even me!". These are the megalo­maniacal excesses that we expect Mao and Bawnika to expose, and not attack someone who is fighting the same cause as supposedly them,but only happens to be more popular than them.Besigye simply knows how to debunk each and every spurious anti-Besigye situation thrown at him.

The show was also notoriously prey to fabrications and suppressions, irresponsible assertions and reprehensible invective. For instance, it was irresponsible of Bwanika to say that Lukwago had reduced himself to a 'Besigye assistant' instead of 'doing something for this city'. Really? What does someone expect Lukwago to do in a city where he's only paid a salary but with no powers over anything? I'm part of a family whatsapp group, and one of the admin of the family is sometimes jokingly called a 'Lukwago' by some of the members, meaning he has no power. Bwanika's remark was therefore so unnecessary and quite astonishingly spiteful. The reason that it appears spiteful is because it illuminates the single-minded, self-interest of some leaders in the opposition.

Erias Lukwago's input on the show sheds light on three especially murky areas. One is that DP is in a real mess and needs serious 'surgery'. Secondly, the relationship between mass politics and multipartism has always been tense and unstable. To the extent that it is viewed as unimaginable to remove Museveni and Besigye from Uganda's politics right now. But Mao makes an important point that Museveni will not be alive in the next 15-20 years because he isn't immortal, and therefore its important that people shed individual merit politics and interests, and stand for Uganda.I only urge Mao to look beyond DP or his interests, atleast for now.

The third area of illumination is coalitions, a touchy matter in a country where multiparty politics was outlawed till about 2004 from 1986. The truth is that as long as the opposition isn't united, there will never take power from NRM, even in post Museveni. As long as Bwanika thinks its okay to attack the most popular opposition leader in public, then he's knowingly or unknowingly doing NRM's work. Half-baked coalitions cannot take NRM out. Opposition needs to work together for now and forget about strengthening or weakening their respective parties. That's why it would be a mistake not to support Asuman Basarilwa in Bugiri because you're FDC or DP.

Despite this baggage we can learn much from the show. For instance, I didnt know that Lukwago spoke such good English. I only learnt how to use the word 'bedeviled' a few weeks ago, but here was a man using it while assesing the bad smell within DP. I also didnt know that Hon.Justine Lumumba was a calm lady. Social media always portrays her as some 'bafoon' but she actually sounded nice,seems nice, and I think I like her. Bwanika has uniquely been singled out in various social media platforms for attacking Besigye with the most vicious possible ad hominem attacks, but I dont think it's right. He is entittled to his opinions. He's, however, right that Besigye has been winning elections since 2006, but he is wrong to say that Besigye has failed to protect his votes. Besigye as an individual cannot protect his votes against a candidate being protected by the entire state apparatus including the partisan Electoral Commission(EC). Protecting votes requires collective responsibility and an overhaul of the EC.