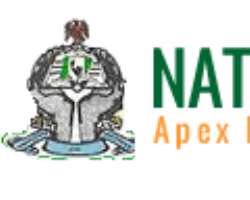 Lagos, Monday, June 4, 2018: Media Rights Agenda (MRA) today named the National Library of Nigeria (NLN) this week’s inductee of the “Freedom of Information (FOI) Hall of Shame” for its failure to fully implement the FOI Act, 2011.

MRA’s Programme Officer, Mr. Idowu Adewale, announced the induction in a statement in Lagos, saying “The National Library, whose vision is to ensure the building of an informed and enlightened citizenry through the provision of information resources that are readily available and easily accessible ought not to be found in violation of a law like the FOI Act, which is so aligned with its institutional objectives. Rather, it should position itself as an institution that promotes the Act and sets an example for other public institutions to follow.”

The National Library was established by the National Library Act of 1970 to provide the nation with a source of intellectual support and stimulus for advancement in all fields of human endeavour, particularly in academic, social, cultural, scientific and technological enterprise and also provide comprehensive and rich collection for reference and research in all fields within and beyond the nation's physical boundaries as well as to ensure for the nation a place in the community of nations which depends on knowledge and original ideas for survival.

According to Mr. Adewale, of the five broad categories used in assessing the National Library’s compliance with the provisions of the FOI Act, it was only on the level of responsiveness to requests for information from members of the public that the institution recorded a positive performance.

Information available to MRA shows that the National Library responded to a request for information dated January 18, 2016, which was made by Public and Private Development Centre (PPDC), an Abuja-based non-governmental organisation, for records of payments released to the institution for capital projects in 2015.

Similarly, the National Library also responded to a request dated July 14, 2016, made to it by the same organisation, asking for the list of contracts awarded by the NLN in 2015 and its procurement plan for 2016.

MRA commended the institution for its responsiveness to those requests for information but observed that it performed woefully overall by failing to comply with all its other duties and obligations as a public institution within the meaning of the FOI Act.

Highlighting other categories where the National Library failed to live up to its obligations under the FOI Act, Mr.Adewale noted that since the enactment of the Law in 2011, the institution has not submitted any annual report on its implementation of the Law to the Attorney-General of the Federation, as required by section 29 of the Act.

Mr. Adewale said the institution’s non-compliance with its obligation to submit FOI implementation reports annually makes it impossible to determine the number of applications for access to information that it has received for each year since 2011 and the number of such applications that it processed and granted for any particular year or overall, besides those made by the PPDC, which the non-governmental organization itself had publicised.

He cited the “Contact Details of Freedom of Information (FOI) Desk Officers in Public Institutions in Nigeria” released by the Attorney-General of the Federation as proof that the National Library has not complied with Section 2(3)(f) of the FOI Act, which mandates every public institution to designate an appropriate officer as well as to publish the title and address of such an officer to whom applications for information by members of the public should be sent.

In addition, Mr. Adewale said, the National Library has failed to proactively publish either on its website or anywhere else, the categories of information that Section 2(3) and (4) of the FOI Act requires all public institutions to proactively publish and disseminate widely to members of the public through various means, including print, electronic and online sources.

He expressed concern that the “National Library, which ought to be playing a significant role in ensuring that the FOI Act is effective, has chosen todisregard Section 13 of the Act which requires every public institution to ensure the provision of appropriate training for its officials on the public’s right of access to information and for the effective implementation of the Act.”

Mr. Adewale urged the Board of the National Library to take urgent steps to ensure that all its staff are appropriately trained on the public’s right of access to information and that it complies fully with all its other obligations under the FOI Act as well as under the Guidelines on the Implementation of the FOI Act, 2013, issued by the Attorney-General of the Federation.

By doing this, he contended, the FOI Act will provide the National Library with the opportunities to further assert and strengthen its relevance in providing information to the citizens.

MRA launched the FOI Hall of Shame in July 2017, to shine the spotlight on public officials and institutions that are undermining the effectiveness of the FOI Act through their actions, inactions, utterances and decisions.