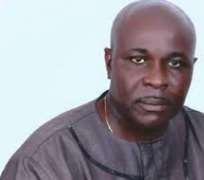 I was researching for the above article for my last week’s column when news filtered that Buhari had used innuendo to accept Obasanjo’s repeated challenges over his ambition to seek re-election in 2019. It should be recalled that Buhari, while welcoming members of the Buhari Support organization to the State House on May 21 said a former President (meaning Obsanajo) spent $16bn dollars on the power sector without anything to show for it. I felt that commenting on the import of that statement on the political Cold War that had simmered between supporters of the two retired Generals was more urgent then the article I was researching to write on.

Now that a full scale, albeit proxy political war, has broken out between the two retired Generals I am happy to return to the above topic, while watching with glee from the sidelines.

After reading the piece I began to wonder how the story would have been received if, at the end of Obasanjo’s first term in office in 2003, Buhari had written to Obasanjo asking him not to seek re-election because he had underperformed; and had formed an organization led by a fellow Northerner (just as Obasanjo‘s Coalition for Nigeria Movement is led by a fellow Yoruba, former Governor of Osun State Omoba Ọlagunsoye Oyinlọla), and had received the backing of the Arewa Consultative Forum. I concluded that if Buhari had done that, it would have been interpreted as ethnic/regional and religious mobilization against Obasanjo. I concluded that such would also have reinforced allegations that Buhari is an ethnic supremacist. I then asked myself why no one is even thinking of accusing Obasanjo of ethnic prejudice against Buhari?

I concluded that for most Nigerians Obasanjo and Babangida seem to have been accepted as Nigerians who are not actuated by ethnic, regional and religious considerations in their politics – whatever may be their other shortcomings. But why is this so, especially when you consider these facts: to the best of my knowledge, neither Obasanjo nor Babangida can fluently speak any other major Nigerian language than Hausa (for Babangida) and Yoruba (for Obasanjo). Neither man can be seen dressed in the attire of other ethnic groups as a way of showing their being comfortable in others’ culture. Both live in their home states – Obasanjo in Ogun State and Babangida in Niger State. Most of Obasanjo’s known assets are located in Yorubaland – Ota Farm, Bell University, Presidential Library etc. So given all these that would have qualified other Nigerians to be called ethnicists, why are Nigerians more willing to give Obasanjo and Babangida the benefit of the doubt on ethnic, regional and religious matters than Buhari?

I have the following conjectures:
One, there is a difference between ethnocentrism and ethnicity. While ethnicity is neutral when it simply expresses love for one’s ethnic group and seeks identification with it such as in one’s choice of dressing, ethnocentrism is conflictual in content because it believes in the superiority of one’s ethnic culture over others or judges other cultures solely by the values and standards of one’s own culture. Expressing love for your ethnic group and its cultural values is not an issue, the problem is with ethnocentrism which uses one’s own culture as the centre of everything and all others are scaled and rated with reference to it. In essence, many Nigerians do not seem to feel threatened by Obasanjo and Babangida’s identification with the cultures of their ethnic, regional and religious homelands.

Two, individuals who have cult followership in their ethnic/religious homelands will always be held in suspicion by non-members of that group. In this sense, it actually helped to buttress Obasanjo’s national credentials that he was not the choice of the Yoruba leaders during the 1999 election and that he was not voted for by most of the Yoruba during the 1999 presidential elections. This made it possible for some interest groups and power centres from across the country to appropriate him. For Babangida, as military President, he had a unique style of allying with any group to achieve a particular goal and moving out of that alliance as soon as his goal was accomplished. With this unique style, several groups across the ethnic and religious divides appropriated him as a friend, giving him that ‘de-tribalized’ persona. Again, Obasanjo’s and Babangida’s Nigerian identities are further burnished by the fact that they are not cult heroes in their ethnic, religious and regional homelands. This is in contrast to Buhari who remains a cult hero in many parts of the Muslim North, especially the North-east and the North-west and the late Chief Obafemi Awolowo who was (and remains) a cult hero in the South West. Following from this, Buhari has no control over some of the reasons why he is regarded by his critics as an ethnic or religious supremacist. He did not make himself a cult hero in the North.

Three, members of a leader’s inner circle also play a role in how their Nigerian identity is perceived. For instance when Obasanjo was in power, Andy Uba, an Igbo and ‘common’ Assistant in Domestic Affairs, was said to be more powerful than most governors because he was one of Obasanjo’s closest confidants. Similarly the most influential members of his government (mostly members of his Economic Team) cut across the ethnic divides. In contrast, though I strongly believe that charges of ethnic chauvinism against Buhari is highly exaggerated, the Daura General’s insularity and the fact that most of his very close aides are from the North, reinforce the ethnic/religious suspicions against him.

Four, the nature of a leader’s support base and the utterances of the leaders and their supporters can also affect the way a leader’s national identity is perceived. For instance, an address delivered by Dr Nnamdi Azikiwe to the Igbo State Assembly at Aba, on June 25, 1949 was to hurt his pan Nigerian identity immensely. In that speech Zik was quoted as saying: “It would appear that God has specially created the Ibo people to suffer persecution and be victimized because of their resolute will to live. Since suffering is the label of our tribe, we can afford to be sacrificed for the ultimate redemption of the children of Africa.” Earlier in 1948, Charles Dadi Onyeama, a prominent Igbo lawyer and member of the then legislative Council was quoted as saying that Igbo domination of Nigeria was a matter of time – an ill-advised statement that helped to build resentment against the Igbos and their leaders.

Supporters of Obasanjo and Babangida have largely avoided playing the ethnic card (perhaps because they were never really appropriated by their ethnic/regional groups). Both Obasanjo and Babangida have also largely avoided statements that will portray them as advancing their ethnic/region to the detriment of others. Babangida in particular avoided playing the ethnic card even in explaining the reasons for annulling the June 1993 elections won by Abiola. In contrast to this, Buhari’s fanatical supporters have not always been mindful of their language, leading to more suspicions of Buhari. Additionally, Buhari’s advisers have made some unwise decisions that hurt the retired General such as granting an interview to BBC Hausa Service when he was receiving medical attention in London when he had not officially addressed the country through a medium most Nigerians could access.