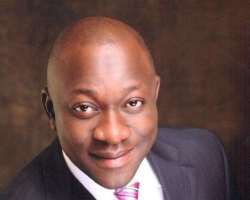 The African Centre for Media and Information Literacy (AFRICMIL), has commended the court judgment nullifying the suspension of a member of House of Representatives, Honourable Abdulmumin Jibrin. The court also ordered that all the salaries due to him be paid for the period he was suspended.

AFRICMIL described the judgment handed down May 24, 2018, by Justice John Tsoho of the Federal High Court, Abuja, as the triumph of constitutional democracy and an enduring affirmation of the sanctity of the protection of whistleblowers.

In a statement, Chido Onumah, Coordinator of AFRICMIL, noted that, “It is regrettable that the judgment is coming so late in the day, yet we are delighted that it vindicates good reason as it met the expectations of the teeming lovers and advocates of justice, fairness, equity, and transparent and accountable governance.”

He said it was incontestable that Jibrin’s disclosure of budget fraud in the lower arm of the National Assembly was a patriotic act of whistleblowing done in the interest of the public.

According to Onumah, “Every citizen is legally and morally obliged to report crime. Section 24(b) and (e) of the 1999 constitution as amended empower citizens to do so, and this is much more compelling in a society like Nigeria where rampant corruption at every facet of national life has been identified as the major reason Nigeria has remained under-developed.”

Onumah expressed regret that despite repeated pledges of protecting whistleblowers by top government officials and political office holders, reprisals are routinely being visited upon whistleblowers by persons or groups desperate to cover up improper behaviour. He recalled the cases of Ntia Thompson, an Assistant Director in the Directorate of Technical Cooperation in Africa (DTCA), an agency of the Ministry of Foreign Affairs; Murtala Ibrahim, an auditor at the Federal Mortgage Bank of Nigeria (FMBN); Aaron Kaase, Principal Administrative Officer at the Police Service Commission (PSC) and Joseph Akeju, Chief Lecturer in the department of accountancy, Yaba College of Technology.

According to Onumah, “All were punished for exposing fraud in their offices. Except Kaase who was suspended without pay, all others were sacked. Although Thompson and Kaase were recalled after many months, Ibrahim and Akeju are still battling to go back to their jobs.”

Jibrin’s case is the second after Kaase’s that a court of competent jurisdiction will deliver judgment in favour of the protection of whistleblowers and the legitimacy of whistleblowing as a mechanism for enhancing good governance in the society.

Onumah noted that the protection of whistleblowers from all forms of victimization was important for the success of the whistleblower policy. “Unless people are assured of safety and protection, they will not find the courage to blow the whistle on misconduct,” Onumah said.

Although Jibrin was suspended for 181 days, he served 231 days in suspension. His victory at the court came after 20 months of a winding legal battle.