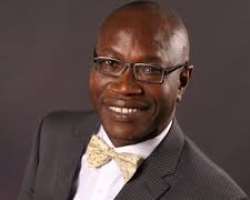 Professor Adesugba who is the Vice President on Information and Communication Technology (ICT) in a message which was contained in a press statement made available to journalists in Abuja which he personally signed said the award is not only well deserved but a clear demonstration of the abundant potentials deposited in young Nigerians.

While saying the Farmcrowdy has become a trailblazer in its initiative by vigorously nursing its dream to fruition, Professor Adesugba also noted that resilience and strong will has accounted for the recognition it has received.

He also said ACCI President, Prince Adetokunbo Kayode, SAN, has described Farmcrowdy as “a model for innovation, originality and a rare determination to succeed against all odds”.

According to him, he is proud to be associated with the giant strides the group has made within a record time pointing out that they are a group he is mentoring.

In his words: “This is a well deserved award. And we at the ACCI are proud of Onyeka Akumah and his team of brilliant young people.

“We are happy that Farmcrowdy is now a household name which started as an idea by Onyeka Akumah at the ACCI technology initiative.

“With the success and the indelible foot prints that the organisation has printed on the sand of time, we are further energized in the Chamber to continue to serve as a pillar of support to young startups and hope others will see Farmcrowdy as an example of possibilities.

He further noted that the platform gives Nigerians the opportunity to participate in Agriculture by connecting farm sponsors with real farmers for the purpose of producing high-quality farm produce.

He also commended the group for remaining focused in empowering rural farmers thereby contributing to food security in Nigeria and actually moved a step further to provide a healthy means of engaging people with Agriculture from a profit driven perspective.

It could be recalled that Farmcrowdy has always celebrated and recognized National Productivity Day in honour of Nigerians that are constantly serving, innovating, and contributing to the development of Nigeria.

The 17th National Productivity Day event was tagged “Productivity For Economic Recovery and Sustainable Growth,” and chaired by the Minister of Labour and Employment, Dr. Chris Ngige.