Why Najeem Salaam Is A Candidate To Beat? 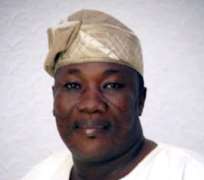 Time is precious, but truth is more precious than time. It was one of the inspiring leaders of the Great Britain, Benjamin Disraeli that made the remark and his thought process appears to be resonating in the local politics of Osun state now, because the time to change leadership baton is fast approaching and the truth in the belly of time is defying compromise. As it stands, 27 governorship aspirants have thrown their hats on the ring for the big contest, but this intervention is about one politician who has made the state attractive to people, home and abroad in the last seven years, Rt. Hon. Najeem Folasayo Salaam, Ph. D.

Dr. Salaam is one young man who is not in any way aggressive about anything, for he believes that matrix of human existence and survival is about strategies that can be deployed for the benefit of super-structure (human being) and structure (resources); the two potent arsenals he has been using to maintain the 26 equal members of the state parliament in the last seven years of his speakership.

Born August 8, 1965 in Ejigbo, Dr. Salaam obtained his elementary and secondary schools in Ejigbo, Osun state and he proceeded to one of the best Universities in Nigeria, Obafemi Awolowo University (OAU), where he got his first degree, master degree and his Doctor of Philosophy in Political Science.

Having undergone formal education to its zenith on political education, Dr. Salaam returned to the grassroots to learn politics from those who have raw connection with the electorate and he seems to fit into the system seamlessly, because he is endowed with behavioural pattern which exudes native wisdom coupled with ‘live and let live’ spirit.

He was a supervisory councillor for Health between 1999 and 2003. By 2002, he threw his hat on the ring for the post of Chairman, Ejigbo Local Government and he won the primary election that placed him on the ticket of Alliance for Democracy (AD), to which he contested, “won” and “lose” in 2003. He won by the statistics of the electoral umpire, but lost the trophy because of the hostility of the then ruling party.

Having stooped to conquer, Dr. Salaam who had warmed himself into the hearts of his political associates and sympathizers, because of his level of accessibility and empathy for the poor and the disadvantaged, kept on saying he has an assignment to look after the wellbeing of the downtrodden. He soldiers on with his ambition to lead from the front; to the extent that his childhood friends and colleagues in Ejigbo used to call him ASSIGNMENT MAN. By 2007, he contested and won his election to Osun State House of Assembly.

Living up to his billing, Dr. Salaam, while representing his constituents in the parliament in the areas of law-making and representation, also began to listening and attending to the needs of his people within his financial capacity; he is so generous that his people nicknamed him ATM (automated teller machine), but the elders and his political associates found his calm disposition, native wisdom and methodical approach to issues irresistible, to an extent that he is nicknamed IWALOYE. The combination of his intimidating physique and academic credentials laced with high moral standard garnished with uncommon humility made his speakership at the House of Assembly a success story.

For the record, over 32 state Houses of Assembly had suffered rancour, change of leadership and violence in the last eight years; Osun state House of Assembly scored first in a peaceful and result oriented parliament, according to the rating of the Conference of Speakers’ model, which details report about all Houses of Assembly in the federation fared. Osun parliament rose to the top, because of the responsible leadership that is bequeathed. Though, Dr. Salaam would insist that it is a collective responsibility; the facts are laid bare.

Besides, Dr. Salaam was an erstwhile national chairman, Caretaker committee of Speakers’ Conference of State legislature in 2012 and he delivered leadership that awed his colleagues who advise him to elongate his tenure, but he rejected the offer and midwifed the conference’s democratic structure within six months, that saw majority of the staff of the conference betraying their emotion, whilst he was handing over to the winner of election he organized.

Dr. Salaam could be described as Stabilizer, because he is the real man behind the success story of Governor Rauf Aregbesola; for he creates enabling environment for the executive to operate and he facilitated approval of all infrastructural facilities the state is showing to the world with pride today. So, if there is one person who could continue and bring the state to a speed on the pedestal of development and growth, it is Dr. Najeem Salaam.

As lover of the masses, he chose to lead with compassion to the people, when he declines to live in opulence as demanded by the paraphernalia of office, while the state found itself in the web of economic meltdown, by declining new vehicles for his office and appealed to his colleague to tone down on their pecks of office too.

He stabilizes the state when unions of different economic sectors downed tools, because the state could not meet their financial demands, he courted civil servants, when they were angry with the system over their challenges and resolved many disputes among communities. Aside from the quick passage of security trust fund law; this enhances the security architecture of the state today?

Given the profile of courage, humility and service, which Dr. Najeem Salaam parades, it remains to be seen how any of the governorship aspirants who are equally eminently qualified in their respective right can match the record. This is a case of homeboy politician who rose through the rank and achieves the unthinkable in education, politics and public service; considering his humble background, having become an orphan at age of two in the ancient town of Ejigbo.