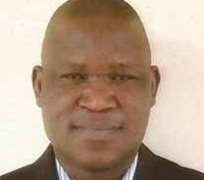 The political atmosphere is tensed up in the country as top leaders previously regarded as the core of national leadership are now at each other’s throat, threatening an all out political war. War of leaders is commencing in earnest.

An informal description has always been given to the so-called Directors of Nigeria PLC, a euphemism for those who hold the lever of influence and leadership in the country. These directors are mostly former presidents and their extended line of followers who occupy various commanding heights of the economy. Any student of power politics cannot underrate the enormous control individually and collectively wielded by this clique of leaders.

The group did not emerge by accident of history. Some analysts hold that Nigeria has at its core a select group of leaders who decides how the country is governed since the end of the civil war. In other words, the history can be traced to elite officers who fought gallantly to preserve Nigerian unity between 1967 and 1970. After the overthrown of General Yakubu Gowon, the group was consolidated under later Head of State, Muritala Muhammed. Many agree that the clique ruling Nigeria from 1975 until date are mainly the Muritala caucus, the elite leaders who executed the putsch against Gowon. They subsequently ruled the nation either directly or by proxy.

If you check the list of military officers who belonged to Muritala caucus in 1975, you will notice that they have remained at the center stage of national governance ever since. Either select military officers from the topmost rank to that of captains’ ranks in 1976 are since then leaders one way or the other nationally .There is even what a friend called replacement mechanism within the group.

The group was solidly behind Chief Olusegun Obasanjo as Head of State after the assassination of General Muritala, the original leader of the group. The baton passed to Chief Obasanjo who had since remained the leader of the group. Even when they bicker among themslevs, they have a level of consensus, which allows them to execute purges and reinstate normalized order.

Over time, the group developed chapters within the public service, military, intelligence community, the private sector, religious sector and the ethnic nationalities. The control of critical commands of the economy is in their hands and they rule through their allies who rose to top positions through patronage. I call them Club of 1976.

Former President Sheu Shagari was elected with their blessings. He was removed on their watch. The Buhari military presidency was their handiwork and his removal received their nods. Former Military President Ibrahim Babangida was a tactical master within the group and his handing over to late San Abacha was a consequence of power play within the caucus. When a recalcitrant Abacha got out of the way, a consensus builder within the group, AbdulSalami Abubakar was installed to organize and execute the return and enthronement of the leader-Olusegun Obasanjo –as the democratically elected president in 1999.

Obasanjo known for his vast networks of linkages and connections rebuilt the group with former Vice President Atiku Abubakar taken the place of late General Sheu Yar’Adua and Generals Theophilus Danjuma, Aliyu Gusau, Aliu Muhammed,David Mark and others on the scene. It was the Club of 1976 rebranded. It is not a secret that this clique installed subsequent Presidents. This includes the incumbent who was elected only after securing the blessings of both Olusegun Obasanjo and Ibrahim Babangida

However, the club has not always being monolithic. The Petroleum Minister of the past, President Muhammadu Buhari has always challenged the hegemony of the group. From 1999, he spearheaded a campaign against his group. The President appears uncomfortable with many things happening under the group’s watch. He actually supported the liquidation of the group when he backed Sani Abacha and even served under his regime when Obasanjo was in jail. In 2015, however the President had to reconcile with Obasanjo, Danjuma and Babangida to return to the Presidency.

Now the rupture has commenced. With power is in the hands of the ‘rebellious wing’ of the Nigeria PLC, a fight back is emerging. Open letters known as prelude to open war are flying all over. A recluse Danjuma has even dared the military, calling for self- defence among the populace. The Minna General is playing the underhand assault he is reputed for. The peacemaker, General Abubakar, appears silent for now.

The firework is snowballing; the President and his former boss, the Otta farmer, are now taken direct aim at each other.Respcted Danjuma has been publicly rebuked by the military. President Buhari is set to review oil block ownership in the country. Direct confrontation has commenced between the two factions of the ruling clique.

In the emerging encounter, can the civilian political elite distinguish themselves? Can they use this opportunity to wriggle out of the control of the 1976 club? It appears doubtful. Many top politicians owed their careers to the mentoring of leaders of the club. Even when they have the war chest, they mostly serve as fronts for such ex-leaders. The interesting thing is that many top politicians are willing foot soldiers of the club.

There is also the other dimension. The President may have built a new club strong enough to withstand attacks of the mainstream. May be from 2015 to date, he has created a new caucus strong enough to have edged out the old guards from commanding heights of the economy, military, and civil society. This is doubtful, as the time is relatively too short to have uprooted an entrenched political establishment.

Worst still, any leader needs the people to survive in a group war. The mainstream of the 1976 club appears to be quickly aligning with the people. They are rigorously recruiting disenchanted members of the public in an all out movement they have successfully painted as pro-masses liberation movement. There is no clear sign the President Camp has any clear strategy to counter the growing populism of the Obasanjo led movement. Therefore, either way, the nation is not anyway near exiting the control of the club.

However, where do all these put the masses? The citizens are smartly but unwillingly out of the equation. Parlous economic situation has weaponised poverty; the conscience of voters is mortgaged on the altar of survival. The club controlling all levers of economic opportunities then emerges as the lord of the manor. The masses surrender their voices to threats of hunger and deprivation; poverty is the most potent killer of democratic choice.

As the fight commences, the bitter reality is that Nigeria is witnessing the collapse of elite consensus. Can they fight to bitter end? If they attempt mutually destructive war, the masses may rejoice. However, where has it ever happen?

For now, we should be chronicling the mother of all battles in Nigerian history.