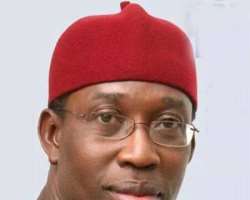 Members of Peoples' Democratic Party (PDP) Delta Mandate Group have said that the successful conduct of the Ekiti State PDP primaries by the state Governor, Senator Dr. Ifeanyi Okowa, is a manifestation of the political sagacity and experience of the Governor.

In a statement signed by the Secretary of the group, Barr. Edewor Omonemu, the members congratulated the Governor for the feat of organising very successful primaries in Ekiti State.

The members noted that the achievement did not come to them as a surprise going by the political antecedents of Senator Okowa which have seen him hold very sensitive ad-hoc positions in the PDP at the national level.

According to the statement, members of PDP Delta Mandate Group are very happy to associate with the Governor as his credentials continue to rise and pledged to do everything possible to ensure that Dr. Okowa achieves success in any assignment given to him at the national level of the party.

They called on Deltans and other Nigerians resident in the state to register and get their Permanent Voter's Card (PVC) as this is the only way they can translate their support for the Governor into action by voting for his re-election in 2019.