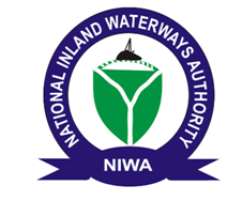 Lagos, Monday, May 21, 2018: Media Rights Agenda (MRA) today named the National Inland Waterways Authority (NIWA) the latest recipient of the “Freedom of Information (FOI) Hall of Shame” award, accusing the agency of consistently violating its obligations under the FOI Act.

NIWA, which was previously known as the Inland Waterways Department (IWD) of the Federal Ministry of Transport, metamorphosed into an agency of its own following the passage of Decree No. 13 of 1997 (now an Act of the National Assembly), which established it as public institution.

It was tasked with developing and improving Nigeria’s inland waterways for navigation and also given the responsibility of providing regulatory, economic and operational leadership in the nation’s Inland Waterways system. Its mandate also includes the development of infrastructural facilities for an efficient intermodal transportation system in line with global best practices.

In a statement in Lagos, MRA’s Project Director, Mr. Segun Fatuase, noted that the agency appears to have failed completely in its assigned goals, particularly to make Nigeria the leader in inland water transportation, development and management in Africa, adding that “the agency has been lagging behind in the production, publication and broadcasting of navigational publi­cations, bulletins and notices, hydrological year books, river charts and river maps.”

According to him, the agency’s various lapses have also denied citizens the right and ability to obtain information from it, including information relevant to the issuance of licenses for inland navigation, piers, jetties and dockyards, the granting of permits and licenses for sand dredging, pipeline construction, dredging of slots as well as the approval of designs and construction of inland river crafts.

He said: “Equally worrisome is the fact that the citizenry have also been kept in the dark concerning the crucial role of NIWA in ensuring the development of infrastructural facilities for national inland waterways connectivity with economic centers using the river ports and nodal points for inter-nodal exchanges.”

Mr. Fatuase, noted that NIWA, which is under the supervision of the Federal Ministry of Transport as well as a Board of Directors, with 533 staff members on its payroll, has failed to provide clear details of the designations and salaries of its staff as stipulated by the FOI Act.

According to him, the day-to-day operations of the agency are shrouded in secrecy, with only some top officials such as the Managing Director and 12 General Managers identified while the salaries of all other staff remain secret, contrary to the provisions of the FOI Act.

Besides, he said, the agency has also not proactively published other categories of information outlined in the FOI Act that must be proactively disclosed.

Highlighting other failings of NIWA, Mr. Fatuase said although little known by the public, NIWA plays a vital role in providing an alternative mode of transportation for the evacuation of economic goods and persons as well as developing inland waterways for navigation, adding that as a critical public institution, it should be seen as law abiding, transparent and accountable rather being opaque in its operations.

He said: “NIWA’s lack of transparency is bound to result in a lack of public trust in it and its operations, thereby eroding public confidence in its ability to execute the objectives of the national transport policy as they concern inland waterways.”

Mr. Fatuase said the Annual Reports on the Implementation of the FOI Act, submitted to the National Assembly by the Attorney-General of the Federation since 2012 show that NIWA has consistently failed to submit its own annual FOI Implementation reports over the last seven years, a glaring indication that the organization has failed to comply with this obligation since the Act was enacted.

Deprecating NIWA’s lack of responsiveness to requests for information from the public, he cited a February 19, 2015 request by a non-governmental organization, Women's Right to Education Programme (WREP), and the Transition Monitoring Group (TMG), asking for information regarding NIWA's preparations and plans for the conduct of the 2015 elections, the level of its presence in some states and the extent of life-saving equipment that it has available. The agency ignored both requests.

Mr. Fatuase regretted that NIWA’s failure to submit its annual FOI implementation reports since the enactment of the Act has made it impossible to determine the number of applications for access to information that it has received for each year since 2011 and the number of such applications that it processed and granted in any particular year.

He said it was also clear from the 2017 Annual Report on the Implementation of the FOI Act by the Attorney-General of the Federation that NIWA is also in breach of Section 2(3)(f) of the FOI Act, which mandates every public institution to designate an appropriate officer to whom applications for information from members of the public should be sent and to proactively publish the title and address of such an officer.

Criticizing NIWA for its lackadaisical attitude towards the implementation of the FOI Act, he noted its obvious disregard for Section 13 of the Act which requires every public institution to ensure the provision of appropriate training for its officials on the public’s right of access to information and for the effective implementation of the Act.

MRA called on the management of NIWA to take necessary measures to redeem the image of the organization by ensuring that it complies with all its obligations under the FOI Act and the Guidelines on the Implementation of the Act issued by the Attorney-General of the Federation.

It also urged relevant committees of the National Assembly to wake up to their responsibility of ensuring the effective implementation of the Act by ensuring that NIWA and other institutions covered by the Act, fully implement all their obligations under the Law.