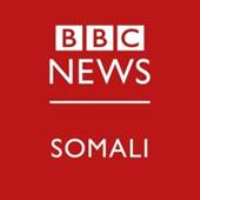 The BBC News Somali 2018 poetry award for young women is open for entries. Now in its second year, BBC News Somali Young Female Poet of the Year Award 2018 is open to women aged 16 to 35, inviting original works of poetry in the Somali language.

The award started last year as part of celebrations to mark the 60th anniversary of the BBC Somali service. A panel of judges will select one winner and two runners-up, taking into account the theme of the poem, the quality of the language and adherence to the traditional rules of rhyme and rhythm in Somali poetry. Entries must not be longer than 15 lines in writing and one minute of recording. The closing date for entry to this year’s contest is Friday 15 June 2018 at 23.59 GMT.

Editor of BBC News Somali, Abdullahi Abdi Sheikh, says: “We are happy to continue with this award which, when we first launched it last year, generated a lot of interest, with nearly 100 diverse entries, and to be bringing to our audiences these new voices and unique poetry. Somali women’s creativity – be it in traditional dances or use of language – is widely acclaimed. This BBC award is bringing to light the culture of poetry among Somali-speaking women, wherever they are, providing them with an avenue to showcase their talent and creativity.”

Head of BBC World Service East Africa Languages, Rachael Akidi Okwir, adds: “Only recently, as part of its Women’s Week, the BBC brought to the fore the Somali businesswomen who have been hugely successful despite the conflict in the country. Now this award will help us discover new, promising voices of young Somali female poetic talent. The BBC is committed to reaching out to female audiences. With its content for and about women, BBC News Somali is in the forefront of these efforts.”

The winner of the BBC News Somali Young Female Poet of the Year Award 2018 and two runners-up will be announced at a special event in Garowe, Somalia, on Wednesday 18 July 2018. The winning poem will be broadcast by BBC News Somali, and its author will be awarded £600. Second and third runners-up will receive £500 and £400 respectively.

Last year’s winner was student from Hargeisa, Deeqa Nouh Yonis (in image below). BBC News Somali reaches a weekly audience of around 4m people (2017) – in East Africa, the Horn of Africa and around the world – with its radio (the most listened to international radio in Somalia), online and TV content and via Twitter , Facebook and Instagram .

BBC News Somali is part of the BBC World Service.