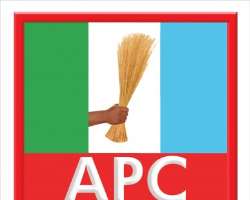 THE rescheduled ward and local government congresses of the All Progressives Congress (APC) in Rivers state will hold today and tomorrow.

This followed the cancellation of the May 5 and 12 Ward and Local Government Congresses by the party’s national leadership.

According to Chief John Odigie-Oyegun, the party’s National Chairman and Mr Muiz Banire, its National Legal Adviser, the decision was taken after due consideration with major stakeholders.

In a statement on Friday, the party said the decision was taken to enable all states of the federation including Rivers, to participate in the party’s National Convention slated for June 2.

“Consequently, and after considering the logistics involved, the party hereby directs as follows: that the new Rivers state Ward Congress is hereby fixed for Saturday, May 19, and Local Government Congress for May, 20,” it said.

Party members who had paid but were unable to collect forms for the Ward Congress, should immediately proceed to the party’s State Secretary or its Administrative Secretary to collect the required form, fill and submit same.

The statement also waived bank payments for those who may want to participate or contest in the Local Government and State Congresses.

“Instead, cash payment maybe made to the Rivers State Secretary or our party State Administrative Secretary,”the statement said.

It urged party members to remain steadfast in the face of its current travails in the state and assured that the party shall overcome.

It further added that two appeal panels each had been constituted for Ward, Local Government and State Congresses at the state secretariat.

It added that disposal of appeal that may arise from the Local Government and State Congresses would be on May 21.