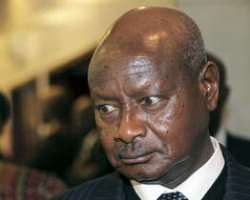 The United Nations' current plan is to relocate the bulk of its East and Central Africa operations to Nairobi, Kenya, from Entebbe, Uganda, a spokesperson has told The Black Star News.

The plan, approved by Secretary General Antonio Guterres, has to be confirmed by the U.N. General Assembly. Guterres rejected an appeal by Uganda's ruler Gen. Yoweri Museveni to reverse his decision telling him some services will remain in Entebbe.

Uganda's government-controlled newspaper The New Vision reported prematurely today by suggesting that much of the United Nation's operations will remain in Entebbe.

Gen. Museveni wrote to Secretary General Guterres last week urging him not to have operations relocated from Entebbe, according to Uganda media accounts.

"Yes, the SG responded to President Museveni’s letter," spokesperson Farhan Haq, told The Black Star News, using the acronyms for Secretary General. "SG reiterated that the GSDM proposals are under consideration by the General Assembly. He clarified that should the proposals go forward, as planned, a UN presence would still remain in Entebbe, including parts of the Regional Service Centre in Entebbe, even if the administrative transactional functions are moved from Entebbe over time."

The New Vision report ran witthout a by-line and made it appear as if a decision had been made to retain the bulk of operations in Entebbe, following Museveni's letter. The opposite seems to be true.

The information in the article was attributed to Uganda's foreign affairs minister Sam Kutesa. A Ugandan government source said the article was drafted by Kutesa himself.

In 2014, The Black Star News reported that Kutesa's company Entebbe Handling Services (ENHAS) fraudulently earned about $30 million from the United Nations, much of it from U.S. taxpayer's donations.

Kutesa, whose ENHAS controlled Entebbe airport, appeared to have lied in 2014 when he said he sold his shares in ENHAS when he became President of the United Nations General Assembly. According to Uganda media accounts he only recently sold his stake. Presumably ENHAS's value will decline with the U.N.'s relocation plans.

Kutesa has a reputation of being one of the most corrupt Ugandan officials. He and Gen. Museveni are both mentioned in an ongoing bribery and money-laundering trial in U.S. District Court in Manhattan. The U.S. alleges that in order to buy access to lucrative business deals including in the oil sector on behalf of a Chinese company, Hong Kong resident Patrick Ho, bribed Kutesa and Museveni.

Both received "special gifts" and additionally Kutesa $500,000 as downpayment from Ho, the U.S. alleges.

Writer is the Managing Editor /Publisher of The Black Star News.