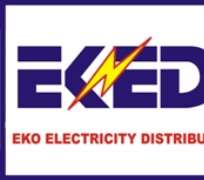 Lagos, Monday, May 14, 2018: Media Rights Agenda (MRA) today inducted the Eko Electricity Distribution Company (EKEDC) into the Freedom of Information (FOI) Hall of Shame for its disregard of the FOI Act as demonstrated by its failure to comply with its obligations under the Act since it was passed into Law seven years ago.

In a statement in Lagos, MRA’s Programme Manager, Digital Rights, Ms. Eseohe Ojo, stated that as an institution charged with the provision of a critical public service such as electricity distribution, the EKEDC ought to understand the importance of accountability and public access to information and as such should not be found to be refusing to comply with its obligations under the FOI Act.

The Eko Electricity Distribution Company came into existence following the passage of the Electric Power Sector Reform (EPSR) Bill, which was signed into Law on March 11, 2005 by then President Olusegun Obasanjo. The company caters to the southern part of Lagos State and Agbara in Ogun State.

Although the company states that it has zero tolerance for any form of anti-customer practice by any staff and has empowered its Anti-corruption and Transparency Unit (ACTU) to thoroughly investigate all reported cases and apply appropriate sanctions where necessary, its actions demonstrate a lack of transparency, Ms Ojo said.

She pointed out that many of the challenges confronting the institution could have been avoided if the EKEDC complied with the provisions of the FOI Act and had chosen to uphold transparency and accountability principles.

Ms Ojo noted that an institution such as the EKEDC that has been plagued by protests in response to eight months of power outages in some areas; which has suffered up to N1 billion in losses in three years due to energy theft; has been castigated for its refusal to provide pre-paid meters to some of its customers; and has had to face an angry public response over alleged unfair and exorbitant estimated billing system should be more committed to upholding the values of responsibility, accountability and integrity.

She said for the seventh consecutive year, the EKEDC has failed to submit an annual FOI implementation report to the Attorney General of the Federation (AGF), adding that the institution’s failure to do so has made it difficult to determine the number of applications for access to information that the institution has received each year since 2011 and the number of such applications that it processed and granted for any particular year or overall, if any.

Ms Ojo called on the EKEDC to follow up on its promises of high standards of ethics and safety as well as responsibility towards the community and the environment by complying with provisions of the FOI Act such as proactively publishing the categories of information directed by Section 2(3) of the Act, which requires every public institution to proactively publish certain categories of information.

She commended the institution for taking a step in the right direction by publishing its financial reports for 2014, 2015 and 2016 and dedicating a page on its website to its operations. She however noted that the EKEDC needed to publish the 16 categories of information required under the Act, contending that the institution had not even made a dent in the list.

Ms Ojo stressed that although the EKEDC says on its website that it runs as a regulated business, the FOI Act makes it clear under Section 2(7) that it is a public institutions, as it describes such institutions “as all authorities whether executive, legislative, or judicial, agencies, ministries, and extra-ministerial departments of the government, together with all corporations established by law and all companies in which government has a controlling interest, and private companies utilising public funds, providing public services or performing public functions.”

Identifying other acts of non-compliance with the FOI Act, she said the EKEDC has failed to publish the title and address of an appropriate officer to whom applications for information from members of the public should be sent as mandated by Section 2(3)(f) of the FOI Act.

She pointed out that the EKEDC was not among the 105 public institutions that have so far submitted the names and contact details of their FOI Desk Officers to the Attorney-General of the Federation, despite repeated requests from the Federal Ministry of Justice for all public institutions to provide the information.

MRA therefore expressed concern over the institution’s continuing disregard for its obligations under the Act, adding that it remained unclear whether the institution has carried out any training for its staff as required by Section 13 of the Act which stipulates that every public institution should ensure the provision of appropriate training for its officials on the public’s right of access to information and for the effective implementation of the Act.

The organisation called on the Board and management team of the EKEDC to take necessary measures to familiarise the institution with the FOI Act and subsequently take steps to comply with its obligations under the Act, saying that a situation where it has remained in perpetual breach of the Law for the past seven years was unacceptable.

It said by upholding its values of responsibility, accountability and integrity as well as complying with the FOI Act, the institution will be more likely to achieve its goal of delivering quality services to its customers and be able to hold its head high beside its counterparts around the world.