The Real Reason Why Imo Police Commissioner Was Removed 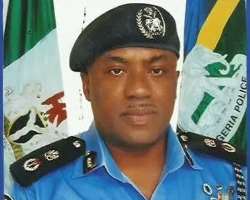 Indications have emerged on why Chris Ezike, the former Commissioner of Police in Imo State, was removed by Ibrahim Idris, the Inspector-General of Police (IGP), and replaced by Dasuki Galandachi.

It is gathered from authoritative sources that Ezike was removed following the outcome of the ward congress of the All Progressives Congress (APC) held in the state on May 5.

At the end of the exercise, Governor Rochas Okorocha lost to his opponents, spearheaded by his estranged deputy, Eze Madumere, and some political gladiators in the APC who are opposed to moves by the governor to install his son-in-law as his successor in 2019.

An enraged Okorocha had ordered Ezike to arrest and prosecute all members of the APC committee that conducted the ward congress in the state for their alleged role in the theft of materials intended for the election, a move the police boss refused to carry out.

Okorocha, who visited President Muhammadu Buhari in Daura, Katsina, immediately after the ward congress, had vowed to deal with those behind his loss. He described them as political detractors who bit the hand that had fed them.

The Police High Command named Dasuki Galadinchi, one of the newly-promoted commissioners of police, as Ezike’s successor.

The signal of his removal came on Sunday when Ezike was at the Sam Mbakwe International Cargo Airport to receive the wife of the Inspector-General of Police (IGP), Princess Asmau Ibrahim Idris, for the take-off of a sensitisation rally against child trafficking, cultism, and drug abuse, organised by the state chapter of the Police Officers’ Wives Association.

Ezike had, on Monday, scheduled a press briefing with newsmen but after two hours of waiting, it was cancelled though it had the presence of the media crew attached to Governor Okorocha in attendance.

Sources said Governor Okorocha had demanded that Ezike address the press and state that no congress was held but the police chief was advised against it because he was not a member of the party.

It was learnt that the governor also demanded the replacement of the State Director of Department of State Services (DSS) in connection with the congress, though no name has been given as a replacement.

At the weekend, the National Publicity Secretary, Campaign for Democracy (CD) and Human Rights Defenders of Nigeria (HRDN), had given the Federal Government seven days ultimatum to reverse the transfer of Commissioner of Police in Imo State, Chris Ezike, or it would mobilise for protest in the South East over the alleged punitive action against the CP for not joining issues with politicians in the last APC ward congress in the state.

In a joint press briefing, the National Publicity Secretary of CD, Dede Uzor A. Uzor, and the Public Relations Officer of HEDN, Charles Ejefonye, alleged that the immediate transfer of the CP was politically motivated because he allegedly failed to yield to the directive of the governor during the just concluded ward congress in the state.

According to Uzor and Ejefonye, “We heard of the removal of Commissioner of Police in Imo state, Mr. Chris Ezike.

“He was allegedly removed on the instance of Governor Rochas Okorocha of Imo over the outcome of APC ward congress in the state in which the governor allegedly expected the CP to play a particular role – may be his expectation was not perfected as planned and the governor went to Abuja on Sunday and came back on Monday and the CP was removed.

“The ugliest aspect is that he is the only CP in the South East zone. It is a big slap in the face of Igbo people that no single Igbo man is CP in the zone, such actions should be reserved.

“If you narrow it down to Police Area command and other police positions, the South East doesn’t have up to two percent even in their own land.

“The posting and transfer of policemen is done well. Our position is very clear, that the deployment of the CP by government should not be by politician but should be on merit and professionalism.