How $41,000 was seized by U.S Customs from an innocent Nigerian nurse

….She saved thousands to open a medical clinic in Nigeria. U.S. Customs took all of it at the airport.
By The Nigerian Voice 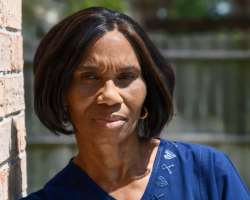 Anthonia Nwaorie spent years saving up thousands of dollars to open a medical clinic in Nigeria, where she was born. Finally, last October, she walked down a jet bridge at Houston’s George Bush Intercontinental Airport to board the plane to get there.

The 59-year-old registered nurse had more than $37,000 in her carry-on bag and $4,000 in her purse. It was all cash, stowed in separate envelopes, some of it earmarked to help ill or aging family members. In her checked luggage she packed medical supplies and over-the-counter medication, which she planned to use to provide free basic care and checkups to anyone who needed it.

But she wouldn’t make it there. Just as she was about to board the flight to Nigeria, agents with U.S. Customs and Border Protection stopped her.

Before Nwaorie could even open her mouth, she said, the agent asked another question: “How long have you been in the United States?”

The questioning threw her off guard. She explained she had legally earned the money and she was alone. Nwaorie, who lives in Katy, Tex., became a U.S. citizen in 1994. She showed her passport, thinking perhaps they were questioning her legal status. The agents took her to a room to search her and her luggage anyway.

Nwaorie immigrated to the U.S. in 1982 and is a citizen; she told the officer she was carrying the $41,377 she had spent years saving up to open her clinic.

The only problem? She hadn’t gone out of her way to declare that she was leaving the country with more than $10,000—a technical requirement Nwaorie said she was never aware of.

“It was like I was a criminal,” she said. “I felt so humiliated, so petrified, too. They were talking among themselves, saying how this is how people smuggle money out of the country. ‘This is how they do it.’”

More than six months later, Customs and Border Protection still has not given back her money.

As a result, CBP officials seized Nwaorie’s money. Now she said the U.S. government is refusing to return it unless she signs a so-called “hold harmless” agreement promising she will not sue CBP over the incident and will reimburse the government for costs it has incurred while enforcing the agreement. If she refuses to sign, Nwaorie said the agency has said it will claim that she “abandoned” her money and keep it without giving her a hearing.

Instead, Nwaorie has decided to take CBP to court, teaming up with the Institute for Justice to file a federal class action lawsuit targeting “the abusive practice of civil forfeiture,” the IJ has said.

The lawsuit points out that Nwaorie was never charged with any crime and yet, the U.S. attorney’s office declined to pursue civil forfeiture of her money and allowed the 90-day deadline to file a forfeiture complaint to pass without any action.

Nwaorie has been traveling to Nigeria to provide free basic medical care to people in her home town, in the state of Imo, on an annual basis since 2014. She sets up a pop-up medical clinic in churches or community centers, where she provides basic care and over-the-counter medication such as ibuprofen and Tylenol for basic ailments. Trained as a midwife, she also examines all the pregnant women and lets them hear their babies’ heartbeats for the first time.

But after a while Nwaorie said she wanted to go bigger. She wanted the patients to have regular access to care with full-time doctors at a small, permanent clinic. This year, she said her father helped secure her a parcel of land. Before she was stopped by CBP, she intended to get a permit from the local government in Nigeria and begin purchasing materials for construction.

“This was my dream, that people cannot be sent away from a clinic or a hospital because they do not have money,” she said. “This is something that I want to do for humanity, myself and my God, so there is nothing I would want to do to go against the law of this land to get it done. If I had known I had to declare the money before traveling, I would have done that.”

Nwaorie ultimately traveled to Nigeria the month after CBP seized her money, paying for her trip on a credit card and setting up another week-long pop-up clinic. And she had to tell some family members that she didn’t have the money set aside for them.