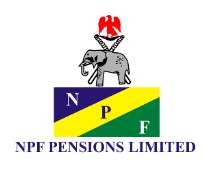 Lagos, Monday, May 7, 2018: Media Rights Agenda (MRA) today named the NPF Pensions Limited this week’s inductee into its “Freedom of Information (FOI) Hall of Shame” for the opacity of its operation in violation of the provisions of the FOI Act. It said the institution’s practice of operating in secrecy was also contrary to its own core values, which include transparency and accountability.

MRA’s Project Director, Mr. Segun Fatuase, noted in a statement in Lagos that since the establishment of the NPF Pensions Limited, following the passage of the FOI Act into Law in 2011, the institution has consistently undermined the objectives of the Act by conducting its business in secrecy.

According to Mr. Fatuase, the NPF Pensions Limited was incorporated on October 21 2013, with a fully paid share capital of N1 billion and with two major shareholders, the Nigeria Police Welfare Insurance Cooperative Society Limited and the Nigeria Police Multipurpose Cooperative Society Limited. The NPF Pensions Limited was established with the approval of the Federal Government as a Pension Fund Administrator to cater to the unique needs of the Police following inadequacies in the current Contributory Pension Scheme and earlier pension schemes.

He said since the institution was established, it had consistently flouted Section 2 of the FOI Act which requires all public institutions to proactively disclose certain types of information to the public and to update these categories of information whenever changes occur as well as to make such information readily available to the public through the various means listed in the Act, namely print, electronic, online methods and at the offices of the organization. He added that the NPF Pensions Limited has failed to publish the information that it is required to proactively disclose under this section.

Mr. Fatuase observed that the NPF Pensions Limited has also failed to proactively disclose information relating to its receipt or expenditure of its public or other funds and a range of other types of information, as required by section 2(3)(d)(v) of the FOI Act.

He accused the organisation of failing to comply with Section 2(3) (f) of the Act which requires all public institutions such as the NPF Pensions Limited to designate an appropriate officer to whom applications for information under the Act should be sent and the institution to proactively publish the title and address of such an officer.

Besides, Mr. Fatuase said: “There is no indication whatsoever that the NPF Pensions Limited has provided the requisite training for its officials on the public’s right of access to information or records held by it or that it has appropriately trained its officials to effectively implement the Act, as it is required to do by Section 13 of the Act.”

He criticized the NPF Pensions Limited for flagrantly violating Section 29 of the FOI Act, which places an obligation on all public institutions to submit annual reports to the Attorney-General of the Federation on their implementation of the Act, noting that “since the Act was passed into Law nearly seven years ago, the NPF Pensions Limited has not submitted any report to the Attorney-General of the Federation or issued any such report for any year.”

Mr. Fatuase said: “Such blatant disregard for a statutory obligation should not be permitted in any form under the rule of law. It is a conduct capable of bringing the Government to ridicule as it creates the impression that rules, laws and regulations are of no consequence because public institutions and the officials who preside over them are at liberty to ignore such rules, laws and regulations.”

He also observed that the failure of the NPF Pensions Limited to submit its annual reports to the Attorney-General of the Federation has made it virtually impossible to determine the number of applications for access to information that it has received for each year since the Act was passed into Law and the number of such applications that it processed and granted for any particular year or overall.

Mr. Fatuase stressed that there was no justifiable excuse for the NPF Pensions Limited’s refusal to fulfill its duties and obligations under the FOI Act and called on the relevant authorities of the Federal Government to take stern measures to address the situation.