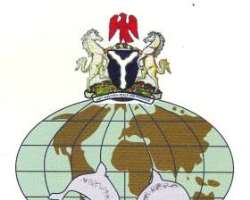 The questions people have continued to ask back home in Biu is, what may have necessitated what was perceived as a betrayal of former Acting Director General of the National Intelligence Agency, NIA, Ambassador Muhammed Dauda by his very close allies of more than 50 years.

It was rather curious and intriguing to many people that the duo of Mustapha Shehu, a publisher and media consultant from Biu in Borno State and Mustapha Betara Aliyu, a retired Deputy Director of the NIA, also from Biu, could collude to fight their own brother, Ambassador Muhammed Dauda, also from Biu.

Those who know the three gentlemen are still piqued at what could have gone wrong to the hitherto cozy relationship between the them. I know as a matter of fact that MB Aliyu and Muhammed Dauda and Mustapha Shehu were pals from the cradle, and are not only contemporaries but were always together when Muhammed Dauda was still the Acting Director General.

I understand that, while Mustapha Shehu was seeking to be engaged as a media consultant, M B Aliyu wanted his premature retirement from the NIA reviewed, so that he could enjoy the benefits of a director, having been retired as a Deputy Director, owing to his failure to pass promotion exams to the rank of a director three times in a row.

It is common knowledge in the service that MB Aliyu has petitioned virtually every National Security Adviser from the time of General Aliyu Gusau and has tried to cajole every Director General since that time, including Muhammed Dauda, to have his matter reviewed. Perhaps he had hoped that, Dauda, being his own kinsman will do that for him, but the Acting DG declined, insisting it was a bad case.

I must confess that I have a fair knowledge of what may have transpired as both Mustpha Shehu and Mustapha Betara Aliyu used to be my close allies too, until I found out that I was actually ridding on the back of two tigers. Dauda may have also came to the same realization, and refused to appoint MB Aliyu as his SA, contrary to the expectations of many of us who were regulars around him.

Dauda’s refusal to appoint MB Aliyu as an SA, coupled with the rapid progress Dauda made even as MB Aliyu’s junior: becoming a Director, an Ambassador and subsequently the Acting Dg of the NIA, at a time MB Aliyu could not transcend the position of a Deputy Director, are enough motives to make MB Aliyu plot to see Dauda’s back at the NIA.

On the other hand, his refusal to hire Mustapha Shehu as Mustapha Shehu’s request to be his media strategist could have given Shehu enough reason to gang up against him with others, including MB Aliyu. But beyond the likely motives for the duo to move against Dauda, is the likely material benefits they they were said to have derived from their deals with new NIA boss.

If the reports I received to the effect that Shehu and Aliyu have accepted to manipulate information about Ambassador Dauda’spast which will tend to further portray Muhammed Dauda in bad light, is anything to go by, it will be safe to surmise that the duo have a longer agenda than meet the eyes.

Seemingly driven by envy and vendetta against Dauda, one cannot find any justification for the animousity against Dauda, given that he has not committed any offence, except for putting in his best and excelling. The actions of Mustapha Shehu and MB Aliyu which is common knowledge amongst our people are sad, repugnant and alien to our culture, background and religion in Biu.

I would have dismissed the assertion that Ambassador Dauda is also being fought by his own brothers as a mere hoax but for the confirmation from an insider in the NIA to the effect that our own brothers are at the center of a sinister campaign to further embattle Muhammed Dauda.

The two, I am made to understand are working in collaboration with an internal machinery set up by Dauda’s successor, with the brief to clone and distort Dauda’s history, records and background, so as to further rubbish him. This I understand is a ploy to compel him withdraw the suit in court challenging his purported dismissal: an issue that has become worrisome to the new NIA boss.

Besides the threats to his life, Dauda is also being faced with this new challenge from his own brothers, both of whom seem to have struck a deal with the new NIA helmsman, where in Mustapha Shehu’s moribund news magazine will enjoy a lifeline, while Aliyu’s checkered career history will be reviewed to give him a soft landing.

Suffice it to say that, the close affinity between Mustapha Shehuand MB Aliyu stems from their commonality of attitudes and characters. For Shehu, since his sojourn outside the shores of Nigeria for the Technical Aid Corp, which gave him the opportunity to also pursue other endeavors, he has technically kept all his friends, except M B Aliyu, at bay. In the same vein, MB Aliyu, since his career at the National Intelligence Agency, NIA became wobbly and eventually ended rather unceremoniously, he has been leading a life of exclusivity, with friends and even relations. But there seems a good understanding between the two the basis of which no one knows.

Mustapha Aliyu seems too desperate in his attempt to remove the stigma of serial failure, having failed all his promotion exams before he was kicked out of the NIA, and can do anything for any DG who may agree to review his retirement as Deputy Director. It is understandable how he became an easy tool to use against Ambassador Dauda, who had refused to play ball. Fresh facts emerging indicate that in his desperation to force the DG to do his bidding ,MB Aliyu has now introduced an element of subtle blackmail against the DG. He told us that ,the DG knows that,as Assistant Director Personnel under TALBAN KATSINA, Amb. ZY Ibrahim ,he was the one,who on the instruction of the TALBA single handedly invited,interviewed and processed the new DG when he transferred his service from katsina state.MB Aliyu told us that although TALBA was very happy with him for taking that "BOLD" action of recommending the placement of RUFAI on GL 14 from his GL 12 level in the katsina state service.This action Aliyu admitted clearly violates federal civil service Rules which down grade STATE civil Servants one step down upon transfer to federal civil service ,this action along with his recommendations to TALBA for waiver of Rufai's vetting to cover CHAD Republic where he spent most of childhood,and asked the vetting officer LATE Mr Agim to only confine his vetting to KATSINA.ALIYU confided in me that,these action ,although it endeared him to TALBA,made him the most hated head of personnel ever at the agency till date."He now strongly believe it is time for payback"

For Mustapha Shehu, certain traits in his conducts gave him away as one who could do anything for a price. I recall he sold an idea of a crooked partnership between him and me to use Major Hamza Al-Mustapha as a conduit to obtain money from former President Goodluck Jonathan, using the perceived closeness of Al-Mustapha to the former President.

He offered his medium as a tool we can use to blackmail Mustapha if he fails to play ball. The offer was very tempting and I nearly fell for it, given the general clamor then for political jobbers to cajole office seekers into easily parting with money. But knowing his antecedents I approached the matter with caution, and had to decline when I realized it had some elements of blackmail and could land me in trouble.

Shortly after that encounter, he confided in me that he has been offered a N10 million deal to reconcile a former commissioner and fellow publisher who has been very critical of a particular State Government with the Governor. I do not know if he succeeded but I later saw some advertorials from that same State Governor in his magazine, which were ostensibly part of the deal.

After carefully analyzing what could possibly be their common grouse against Muhammed Dauda, I had the strong feeling that Dauda’s sins may be his refusal to play the nepotism card by drawing Mustapha Shehu and MB Aliyu into the system. Additionally, they were easy cannons in the hands of the cabal, which appears ready to pay anything in order to sweep the NIA issue under the carpet.

Now the difference seemed clear, as my friend who, few weeks ago, was complaining about how to get fertilizer for his farm, has just embarked on a globetrotting tour that will take him to four countries.I won't mind such instant high paying jobs ooh...