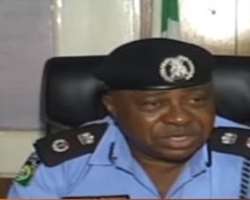 The PPRO, DSP Edet Okon, PPRO Borno State Command in a statement Thursday said no life was lost but a Peugeot J5 Bus was burnt during the attack and normalcy has since returned to the village.

The statement read in quote: "Yesterday at about 6.45pm, suspected Boko Haram terrorist attempted to attack a military location at Auno village situated along Maiduguri/Damaturu highway.

"They were promptly repelled by troops. Apart from a Peugeot J5 vehicle which was burnt by the terrorists, no life was lost in the attack and normalcy has been restored in the village".

"Military/ Police reinforcements were dispatch to the area to improve security.

"The commissioner of Police Borno State, CP Damian Chukwu thereby urges members of the public to go about their lawful activities without fear."