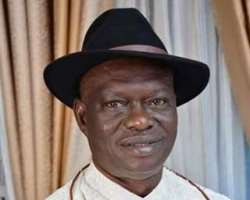 Former Secretary to Delta State Government (SSG), Comrade Ovuozourie Macaulay, has called on workers across the country to get involved in politics to complement their struggle.

Macaulay in a chat with newsmen, in his Asaba residence, after the Workers Day event, posited that only willing and capable leaders can efficiently effect the change workers seek, hence they must participate actively in selecting and electing such leaders.

He advised unions to be more active in politics, especially in view of the 2019 general elections, as that would make their struggle for victory easier, “It is only with the involvement of unions in politics that the interest of the workers can be better protected”.

The former Chairman, Nigeria Labour Congress (NLC) commended the unions for their resolute poise in protecting the interest of workers against all odds and described them as potent tools for reorienting the Nigerian people on the need to be liberated from all forms of exploitation and domination.

Macaulay said that for ages and even now, unions have, through sweat and blood, fought for the collective interests of the Nigerian workers, adding that though they are yet to attain total victory, they should consolidate on the little much they have achieved.

The veteran labour leader, however, called on President Muhammadu Buhari, to actualize his September, 2018 deadline of a new minimum wage for workers.

He stressed that the demand for a review of the current N18, 000 minimum wages by workers was genuine; hence government could not afford to renege on its promise.

According to him, “the demand for the review of the current N18, 000 minimum wages was borne out of the current reality of higher cost of living, the fall in purchasing power of naira, and high cost of goods and services”.

In the same vein, Macaulay charged workers to resist any attempt to frustrate the current moves, aimed at giving workers an improved minimum wage.