The Tale of The Rotten Cabal and the #LazyNigerianYouth 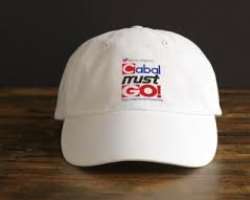 Story, Story, Story. Once upon a time! Time, Time, There once was a very ugly, wicked and greedy cabal in a country called Nigeria. The cabal inherited a gene that made them helplessly dependent on loot. It was called the "worthless gene." Afraid of their children and children's children being unproductive due to the gene they carried, the cabal resorted to clinging on to power by all means and transferring it to their children who would otherwise be useless like them.

The cabal learned the divide and rule technique from the colonial master who first gave them power. To this end, the cabal took all the nation's police to protect themselves and then sponsored all sorts of terror in the country, to keep the desperate youth unsettled, fighting and helpless. Whenever the youth rose up, the cabal unleashed the army and terrorists on them to kill and secretly bury them in their hundreds. They massacred them in Odi, in Zaki Biam, in Zaria, in Onitsha, in Borno, in Benue, in Umuahia and other places.

In the country's north, the evil cabal kept 10 million "almajiri" children out of school. These they used for political rallies, rigging elections, violent riots and terror.

Seeing that the nation's anthem said:

Nigeria we hail thee,
Our own dear native land,
Though tribe and tongue may differ,
In brotherhood we stand,
Nigerians all, and proud to serve
Our sovereign Motherland.

Our flag shall be a symbol
That truth and justice reign,
In peace or battle honour'd,
And this we count as gain,
To hand on to our children
A banner without stain.

O God of all creation,
Grant this our one request,
Help us to build a nation
Where no man is oppressed,
And so with peace and plenty
Nigeria may be blessed.,

the head of the cabal, a misogynist gorilla called OBJ decided to change it to remove the promise of handing over a banner without stain to the youth, to change motherland to fatherland, and made it an anthem that only prayed for the cabal while insulting the youth that they needed to "know the truth." He also changed it from bearing promise to promoting blind service. The new cabalized anthem went thus:

Arise, O compatriots
Nigeria's call obey
to serve our fatherland
with love and strength and faith.
The labour of our heroes past
shall never be in vain,
to serve with heart and might
one nation bound in freedom
Peace and unity.

Oh God of creation,
direct our noble cause
Guide thou our leaders right
Help our youth the truth to know
In love and honesty to grow
And live in just and truth
Great lofty heights attain
To build a nation where peace
And justice shall reign

Growing more and more confident in their evil, the cabal began to insult the millions of helpless youth. One cabal known according to Wikileaks cables for his "beggar-thy-countrymen" technique, who became the richest black man in the world from his role in helping all the looters launder, wash and invest their money, got so arrogant he told Arewa northern youth that "they were jobless."

Another cabal who has ruled the country for over three years and kept all the terror sponsors and other cabal safe and out of jail with their loot and bloodied hands, not locking u a single one, never releasing a list of looters but rather protecting even looters who stole from displaced victims of Boko Haram terror, and looters who millions of dollars was found stashed in their wife's house in Ikoyi, went as far as calling the youth "criminals" while in the UK and on another visit to the UK, said the youth were jobless.

Eventually the youth decided to rise up. They sang that "for Nigeria to grow, the @CabalMustGo!" [See video: https://youtu.be/CWr_jz9JrmY} They decided to embark on protests for security starting from May 2nd of 2018, hash-tagged the #ProtectMe protests. They also decided to work together to seize power from the senseless cabal at all levels from local government, through governorship, senatorial levels and at the presidency. [See Protest videos: https://youtu.be/8dRi2T1jLgk and https://youtu.be/UvBuXSwM-GA]

Are you waiting to hear how this story ends? After I see you rise up and protest for the redeployment of the 80% police from the cabal to your parents and I see you rally for the Cabal to be impeached, sacked, and imprisoned, and I see you campaign for us to take over governance of Nigeria, I will tell you the end of this story.