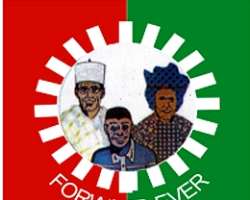 As the 2019 election season approaches, political intrigues and manoeuvrings are taking another dimension as all players in the arena devise strategies to outwit one another. For students of political science and stakeholders in nation-building however, 2019 is much more than an election year for Nigeria. 2019 marks two decades of uninterrupted democratic rule in Nigeria, and as such there exists a threshold of maturity and growth expected of the political process including but not limited to the political parties and relevant institutions, especially the Independent National Electoral Commission (INEC).

The successful conduct of free, fair and credible elections in 2019 has its foundations in the strength and ability of institutions like INEC to perform its oversight functions on the political process without prejudice or bias. Unfortunately, that is currently not the case with the way INEC has handled attempts by some vested interests to create a leadership crisis in and eventually hijack the Labour Party.

You would recall that on the 3rd of October 2017, the Labour Party in accordance with the provisions of the party constitution held a special national convention in Abuja. Having been duly informed of the convention by the party’s leadership, INEC sent a monitoring team that included Mr. Shehu Wahab (DD), Mr. Oni Jerome Omowaye (AD), and Barrister Umar Akeje Esq. (PLO) to monitor the convention and submit a report on it.

At that convention, Dr. Mike Omotosho, was elected as the new National Chairman of the Labour Party. This election followed the decision of the National Working Committee of the party to remove former chairman Alhaji Abdulkadir Abdulsalam over a myriad of corruption allegations and mismanagement of party funds. Prior to his removal, Alhaji Abdulkadir Abdulsalam had refused to appear before a disciplinary committee set up by the National Working Committee of the party to investigate the fraud and embezzlement of over N1.3 billion party funds.

It is baffling, therefore, that seven months after the change in leadership of the Labour Party, INEC has refused to update its records and website with the name of the new National Chairman. By virtue of Article 13(B) of the Constitution of the Labour Party, the National Convention is the highest decision-making organ of the party. The refusal of INEC to ratify an election held by the National Convention of the party and in the presence of INEC’s representatives constitutes an illegality.

This unfortunate course of action taken by INEC has given Alhaji Abdulkadir Abdulsalam a leeway to continue to parade himself as the National Chairman of Labour Party, despite his removal and the election of an authentic chairman. Just last month, the Labour Party Forum of State Chairmen met in Abuja to demand that INEC should henceforth recognize and only relate with Dr. Mike Omotosho as the duly elected National Chairman of Labour Party. The forum in a communique issued at the end of the meeting expressed dismay that INEC, as regulator of party activities, failed to fully comply and impartially implement the overwhelming decision of the convention, being the highest organ of Labour Party with regard to the removal of Alhaji Abdulsalam.

The group further alleged that former Governor of Ondo State, Olusegun Mimiko, has been fingered in a plot to destabilize and hijack the Labour Party for his own personal gains in the 2019 election cycle. According to them, Mimiko, a serial decampee who deserted the party after using its platform to win the Ondo State governorship election, is using the illegal chairman to create the impression of a leadership crisis within the Labour Party. Recall that in September 2014 Mimiko attended the National Executive Committee meeting of the Labour Party and denied rumours of his impending defection to the People’s Democratic Party only to announce his defection a month later.

It was rumoured that Mimiko defected to the PDP in 2014 after the leadership of the Labour Party refused to accede to his request to merge with the PDP and support former president Goodluck Jonathan in the 2015 elections. It appears that Mimiko has not given up on his political machinations however and now plans to deliver the Labour Party into the hands of the PDP ahead of the 2019 elections.

The unfolding drama also calls into question the integrity of INEC Chairman Professor Mahmood Yakubu and raises more doubt over whether he is the right man for the job. A while ago, INEC shockingly decided to halt action on efforts by voters in Kogi West to recall Senator Dino Melaye after the Senate threatened to probe Professor Yakubu’s tenure as Executive Secretary of the Tertiary Education Trust Fund (TETFund). How can INEC conduct credible elections in 2019 if the Chairman is susceptible to blackmail as alleged?

There is also a corruption angle to consider as it is possible that some powerful forces are simply using this man-made leadership crisis in the Labour Party as a means of shielding one of their own from the long arms of the law. In the build up to the 2015 elections, the Labour Party generated N1,344,047,000 from the sales of expression of interest forms and nomination forms to aspirants. By December 2015 only N25,000 was left in the party’s account. This formed basis of the suspension and eventual removal of Alhaji Abdulkadir Abdulsalam as the party’s national chairman.

Under an administration that has fight against corruption as one of its core mandates, INEC’s refusal to follow the rule of law and update its records to reflect the change of leadership at Labour Party is tantamount to corruption. This does not bode well for our democracy, and all well-meaning Nigerians must rise up and join members of the Labour Party in denouncing this illegality until INEC acts right.