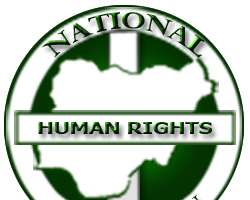 Lagos, Thursday, April 26. The Chief of Army Staff, Lt General Yusuf Buratai has been asked to institute a probe into the attack by soldiers on residents of Greenland Estate in Lagos. The incidence took place in the evening of Monday, April 16.

In a petition sent to the Chief of Army Staff by the Nigerian Human Rights Community, (NHRC) a coalition of several civil society groups, the right groups urge the Army authorities to probe the incidence to redeem the image of the army, save democratic cultures and stall a reoccurrence.

The NHRC statement signed by the Secretary, Michael Ajayi said the actions of the soldiers constitute an infringement of Army professionalism and the democratic rights of residents of the estate. The Greeland Estate is located in Maryland and hosts over 5000 residents including retired civil servants, retired soldiers, pensioners and the middle class.

Lt General Buratai has been asked to identify all the soldiers that carried out these atrocities and ensure they are punished saying that the actions also dented the image of the Nigerian Army inspite of all efforts to spur public support in the delicate task of maintaining peace and harmony in Nigeria.

The NHRC stated “Around 6pm on this day, armed soldiers invaded the Greenland Estate in the most violent and vicious manner. They first pounced on the security operatives at the gate forcing them to lie in the bare floor. For many hours, the soldiers blocked the gate preventing the movement of hundreds of residents.”

The group said the actions of the soldiers were against professional military conducts. “People coming from work and those going out of the estate, including buses that had brought in little children were obstructed. According to eyewitnesses, the soldiers were from Ikeja Cantonment led by one Col Sola Diya who was protecting his sibling, Tunde Diya who runs a brothel in the estate. The hub hosts people of shady characters and women of lowly virture.

NHRC listed the offences committed to include bringing soldiers from the Ikeja military cantonment to the Greenland Estate in a Hilux Van in the evening of Monday, 16th April 2018, manhandled members and staff of the estate's Association, forced passers-by to lie down in the dirt, made intimidating noises and generally terrorized the estate and its environs for about 2 hours.

The group said the soldiers told the staff of the Association and many residents that the visit and mayhem would be repeated if the Association does not drop its opposition to the running of a brothel and beer parlour on the estate by one Tunde Diya.

“Without doubt, there is no legitimate justification whatsoever for soldiers of the Nigerian Army to terrorise citizens as alleged by eyewitnesses in the estate in the manner outlined above and reported already in some media outlets. In addition to violating the code of conduct for officers of the Nigerian Army, it amounts to a gross violation of the fundamental human rights of the staff, officers, residents and members of the Association guaranteed under Chapter 4 of the Constitution of the Federal Republic of Nigeria, 1999 in addition to giving rise to actionable civil torts and criminal liabilities.

“We hope that this information will not only cause you outrage and disappointment in your officers but will lead you to initiate thorough investigations and proceedings to ensure that the soldiers involved in this unlawful and disgraceful actions are punished and severely disciplined. As a matter of fact, in the past years, the Greenland Estate residents have been subjected to a string of harassments, intimidation and threats from visitors into a notorious den which remains a fiefdom for people of questionable character.

The coalition said in the past residents have lodged series of complaints to the relevant authorities until the recent Monday incidence which was one of the most ruthless and barbaric of all the attacks suffered by residents of the estate adding that the recent attack occasioned by the invited soldiers represents one of the lowest water levels in the chains of atrocities committed against residents of the estate.