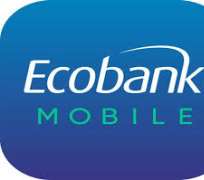 Pamodzi Sports Marketing, organiser of the acclaimed Okpekpe International Road Race, has named Ecobank Mobile App as the official Banking Service platform for the 2018 edition of the race slated for Saturday May 12 in Okpekpe, Edo State. Mike Itemuagbor, Chief Executive Officer of Pamodzi Sports Marketing and Chief Promoter of the Okpekpe International Road Race said the Ecobank Mobile App is most suited for the Okpekpe 10km Road Race being an app that has been adopted across Africa.

Mr. Itemuagbor observed that the Ecobank App would adequately cater for the over 5000 local and international professional athletes expected at the competition, in addition to the large number of sports enthusiasts and government officials from across the continent. According to him, “The Okpekpe Road Race is a global competition. It is therefore natural we look for a bank with a service platform that has international appeal. This informed our choice of Ecobank Mobile App”.

“We have a long partnership with Ecobank based on the bank’s African appeal which best suits our dream to become one of the most sought after long distance races in the world. Our athletes come from all over Africa and they have testified that Ecobank products best suit them, enabling them access their funds at any point in time, especially during the competition as they do not need to carry cash or source foreign exchange”.

In his comment, Charles Kie, Managing Director, Ecobank Nigeria said the Ecobank Mobile App is a game changer for African banking by using digital technology to combat many of the financial inclusion barriers faced by those on the continent. He said Ecobank’s strategic mission is built around using mobile banking to deliver innovative, efficient and cost-effective services to every African.

“Our app not only removes the barriers that have financially excluded so many Africans but offers next generation functionality to help them send money, make withdrawals or pay for goods and services. Customers can use the app on their mobile to instantly open Ecobank Xpress Account, which doesn’t have any account fees, paperwork or minimum balance requirements, or to send and receive money across 33 African countries,” he said.

The Ecobank Mobile App which was launched in 2016 currently has over 4 million users registered and has consummated over one billion dollars’ transaction value.

The Okpekpe international 10km road race is organised by Pamodzi Sports Marketing, a leader in sports marketing, sponsorship, hospitality and Rights Acquisition business in Nigeria in conjunction with the Athletics Federation of Nigeria (AFN) and the Edo State Government.

The 2018 edition of the Racewhichholds on May 12th is the 6thedition. It will have over 5,000 runners participating and has also received endorsements from local and international athletes as well as governments.