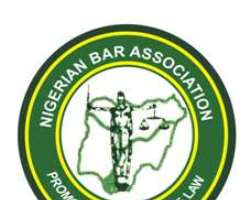 Members of the Nigerian Bar Association (NBA), Asaba branch has been urged to always maintain professional standard and continue to champion the course of the under privileged and disadvantaged in justice dispensation in the country.

Delta State governor, Ifeanyi Okowa gave the charge Tuesday, while declaring open the 2018 Law Week of the Asaba branch of the Nigerian Bar Association with the theme: “Innovative Lawyering and Justice Delivery in the 21st Century” held at the Bar Centre, High Court Road, Asaba.

The Governor who was represented by the State Attorney-General and Commissioner for Justice, Mr. Peter Mrakpor, charged members of the noble profession to protect copyrights and join in the crusade against impunity in society.

Governor Okowa while saying that his administration was hinged on the principles of transparency and accountability disclosed that the enactment of the Fiscal Responsibility and Public Procurement Laws was a testament of his resolve to conduct the affairs of government in an open and transparent manner. He maintained that his administration will continue to enhance the judicial process by filling vacancies with qualified practitioners, improve welfare judiciary workers as well as putting in place necessary state of the art infrastructure.

The Chief Judge of the State, Honourable Justice Mashal Umukoro who was represented by Honourable Justice Tessy Diai in his goodwill message described the theme of the Law Week as apt and relevant in the face of modern day realities.

The Chairman of the NBA, Asaba Branch, Chukwuma Ebu, expressed optimism that the 2018 Law Week of the Association will enrich the legal minds and thinking of members.

Mr Ebu thanked the Honourable Chief Judge, Justice Marshal Umukoro for giving them the boost needed to kick start preparations for the event.

Others who spoke include the Chairman of the 2018 Law Week Organizing Committee, Mr. Chukwuma Oseyenim who in his welcome address said the 2018 Law Week of the Asaba branch of the NBA was well packaged to stimulate thoughts of members on issues of utmost importance to the legal profession and the society.

Mr. Seni Adio, SAN who delivered a keynote address at opening ceremony, commended the organizers of the event for a well-considered subject, which according to him is topical as it straddles both the challenges facing legal practitioners and the vast opportunities presented through technology as means of service delivery; and specialization.

Meanwhile, the week-long event which started on Tuesday featured series of lectures on topical issues and various aspects of the Law and ended with a dinner/award night were distinguished members of the bar were honoured with various awards in recognition of their contributions and support for the NBA, legal practice and development of law.

Amongst prominent persons who made the list of awardees is the Attorney-General and Commissioner for Justice, Mr. Peter Mrakpor who was honoured in recognition of his giant strides in the Ministry of Justice.

The Attorney-General who was flanked by his wife and member representing Aniocha/Oshimili Federal Constituency in the National Assembly, Hon. Mrs. Joan Onyemechi Mrakpor, thanked the NBA for the award which he said will motivate him to commit more of his time, energy and resources to the service of humanity and to God

“We are excited by this award, it shows that what he is doing in the Justice sector in terms of overhauling the Ministry of Justice, creating relevant departments and units to deal with serious matters and the synergy he established with the Bar and critical stakeholders are being noticed. We thank God almighty and the State Governor for appointing him” said Hon. Mrs Joan Mrakpor.