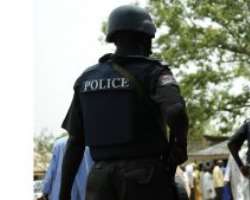 A pregnant teenager's womb was ripped opened by unidentified people, who took the unborn baby away and also killed three others on Wednesday. The killings have reportedly created panic and fear in Rumuoro village in Ogbakiri clan, Emohua Local Govern-ment Area of Rivers State.

The victims, as gathered, include Pastor Joseph Nheme, Mr. Kingsley Owhonda, Miss Queen Ada Amah and Miss Mini Elizabeth. A community source, who preferred anonymity, disclosed that Pastor Nheme, who is from Igodo's compound, was shot at the riverside while fishing with his son, Godknows Iheme, adding that Godknows narrowly escaped while his father's corpse was taken away by the invaders.

The source said Owhonda, from Wokne's compound, who also went for fishing, was abducted and taken to a bush, where he was tied to a tree and cut in pieces until he died. The source further revealed that Amah, a pregnant teenager from Kpalikwu-Imoh's compound in the same Rumuoro, was killed and the killers opened her womb and took away her unborn baby.

The sources also said that Miss Elizabeth from Igodo's compound in the same village was captured alongside Queen Amah, noting that both of them had gone to the stream to fetch water in same Rumuoro River before the hoodlums struck, killed and buried Elizabeth. Police story Police Public Relations Officer of Rivers State Police Command, DSP Nnamdi Omoni, confirmed the invasion, adding that a fisherman lost his life in the incident.

Omoni stated that the fisherman, who lost his life, was hit by a stray bullet at the waterfront. He added that the perpetrators have been identified as cultists from a neighbouring village in Ogbakiri, stressing that the killers invaded Rumuoro village, where they shot sporadically. He said the Command has launched a manhunt to arrest the perpetrators of the act and prosecute them.