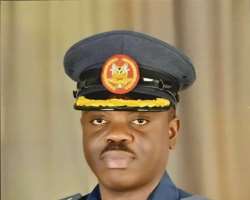 The Nigerian Air Force has revealed that it has successfully destroyed some Boko Haram vehicles found in the Lake Chad region.

AVM Olatokunbo Adesanya, NAF’s Director of Public Relations and Information, who confirmed this in a statement issued yesterday in Abuja said the operation was carried out on April 13 by the Air Task Force as part of the of Operation Lafiya Dole.

“Earlier on, a Nigerian Air Force (NAF) Intelligence, Surveillance and Reconnaissance (ISR) aircraft had discovered Boko Haram activities, with some vehicles mounted with guns moving within the location.

“Overhead the location, the attack platform acquired, interdicted and neutralised the targets with rockets and cannons.

“The subsequent Battle Damage Assessment (BDA) revealed that at the end of the attack, a Boko Haram gun truck, with its entire occupants, was completely destroyed and engulfed in fire."

Adesanya said that another terrorists’ vehicle was damaged and immobilised as a result of the attack, while several insurgents were killed in the process.