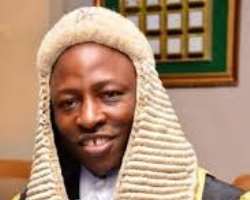 It was gathered that Justice Ofezi, in his ruling said one Emeka Odegbe is the genuinely selected candidate of the Peoples’ Democratic Party (PDP) in the 2015 general election.

The court then ordered with immediate effect that the Certificate of Return given to the Deputy Speaker by the Independent National Electoral Commission (INEC) be withdrawn and same issued to the nominated candidate.

It was further gathered that the sack came as a result of the National Examination Council (NECO) Certificate which he allegedly forged and used for the 2015 election.