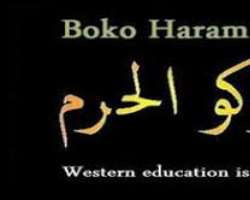 The insurgents who were escaping through Kusheri Ardodam along Magumeri in Borno State were engaged by troops, who killed 2 of the insurgent's.

In a related operation, troops have also successfully staged an ambush against fleeing elements of the Boko Haram terrorists group along a remote track in Mafa, neutralising 2 insurgents and recovering one AK 47 rifle, 2 magazines and one bicycle.

In a sting operation, vigilant troops of Operation Lafiya Dole yesterday arrested a member of the Boko Haram terrorists group while transiting along Cross Kauwa in the northern region of Borno State.

Modu Chari, was on an espionage mission when he was nabbed by troops. Further investigations reveal that Modu is an active member of the El Barnawi faction of the Boko Haram terrorists group.

The ferocity of the ongoing Counter Terrorism and Counter Insurgency Operations to rid the North East of Boko Haram hideouts and enclaves has further suffocated the terrorists group, hence its resort to suicide attacks on innocent civilians.

It is crucial therefore to draw the attention of the general public to the terrorists' callous resort to the use of diverse types of Improvised Explosive Devices to attack vulnerable civilians in their bid to instill fear and awe amongst the populace in order to remain relevant.

Members of the general public are therefore urged to be alert and vigilant as they carry on with their daily activities in their communities and business places, in order to discern strange faces as well as suspicious movements and activities and report same to appropriate security agencies.