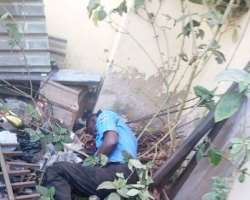 HURIWA has therefore demanded that the Presidency and the National Assembly should declare a national policing state of emergency so the serious challenges inhibiting effective and efficient policing practices in Nigeria are realistically addressed.

Besides, the Rights group has criticized the “business-as-usual” reaction of the political class and the hierarchy of the nation’s police to this dastardly crime against humanity and has called on the Nigerian state to view the incident as signposting the fact that police operatives are now endangered species due to lack of proactive leadership and material resources to institutionalize effective policing mechanism.

HURIWA said this is not the first time such an audacious attacks have been successfully launched against the operatives and institution of the Nigeria Police force and reminded Nigerians that in most parts of North East of Nigeria the police operations were severely limited and made impossible for many years by the robust attacks on police formations coordinated and executed by armed boko haram terrorists. The Rights group therefore expressed consternation that governments at every levels have treated the fundamental issues afflicting the Nigeria Police with the casual approach that is unworkable and cosmetic. HURIWA stated that from investigation it carried out, it was discovered that several layers of the elite and political class benefit a lot from the current dysfunctional state of the Nigeria Police force even as it has tasked President Muhammadu Buhari to end the organised crime of undermining the efficiency of the nation's policing institution which has been there long before he came into office in 2015.

HURIWA stated that the President, the leadership of the National Assembly and the hierarchy of the police service commission (PSC) have failed to appreciate the significant empirical reality of the collapsed nature of the nation’s policing institution even as the Rights group has carpeted these strata of political leaders for adopting non-professional measures to stem the tides of failed policing standards in Nigeria.

Arguing that the solution to the operational and personnel challenges confronting the police in Nigeria goes beyond the current shadow chasing by the Inspector General of police Alhaji Ibrahim Idris Kpodum in always making emergency deployment of more men and officers to scenes of deadly criminal attacks but will demand surgical procedures to cut off the rotten heads that run the Nigerian Police force.

HURIWA has therefore urged President Buhari to dismiss the current Inspector General of police Alhaji Ibrahim Idris Kpodum, hire a much more competent and professionally efficient police Inspector General to reorganize the crime fighting strategy of the nation’s police at the National level just as other far reaching constitutional reviews of the status of the policing policy in the Country already worked out should be passed into laws and enforced to bring about greater efficiency and professionalism.

The Rights group also urged the National Assembly and the Presidency to synergize and okay the passage of the amended version of the 1999 constitution with provisions for the creation of state police so that state governments can set up effective policing institutions with well-structured legal frameworks to prevent political interferences in the operation and staffing of both the National and state police.

“A situation whereby armed hoodlums will strike at a police station and kill over one dozen police operatives as happened in Offa should not be tolerated anymore.”

HURIWA recalled that the number of persons that lost their lives to the bank robbery in Offa, Offa Local Government Area of Kwara State, on last weekend may have risen to 30 as reported by eye witnesses.

HURIWA said this was a sharp increase in the 12, comprising six policemen and six civilians, that was reported on Friday just as Several eyewitnesses who spoke with the media said body count at the scene of the incident indicated that those who lost their lives were about 30.

HURIWA recalled that the Kwara State Commissioner of Police, Mr. Lawan Ado, said on Friday that nine policemen and seven civilians were killed by the armed robbers that stormed five banks in Offa.

HURIWA recalled that the police chief who spoke through the command’s spokesperson, Mr. Ajayi Okasanmi, said the police had commenced investigation into the robbery and that six vehicles used by the robbers for the operation had been recovered.

HURIWA said the the Kwara State Governor, Alhaji Abdulfatah Ahmed, has pledged that the state government would pay the medical bills of the victims of the accident.

HURIWA recalled that the governor said:“We will take care of all their hospital bills; we must begin to watch one another’s back. Policing is everybody’s job, therefore, when we see strange people in our communities, we must learn to report to appropriate security agencies because activities like this require some time for planning and execution. “I offer my heartfelt condolences to the people of Offa and the families of the victims of this attack. Our thoughts and prayers are with the families of those who died in the attack. I’m in constant touch with the security agencies in the state and I have urged them to do all within their powers to secure Offa and environs and bring the perpetrators to justice.”

HURIWA however dismissed these reactions as amounting to the shedding of crocodile tears by these political leaders but has challenged the Presidency and the National Assembly to come up with sustainable and an enduring bailout of the Nigeria Police force through the implementation of the far reaching recommendations made in the past for the creation of state police and the consolidation of the professionalism of the National police to make the operatives effective crime fighters and not mourners or the endangered species that they have become in the hands of better weaponised armed hoodlums of all categories including armed Fulani herdsmen.