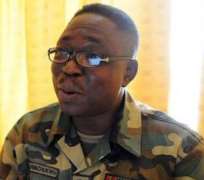 Troops of Operation Lafiya Dole deployed to the Cashew Plantation around Baale Shuwari, Baale Kura and Alikaranti villages located at the outskirts of Maiduguri metropolis have repelled or quashed an attempt by Boko Haram terrorists Sunday night who attempted to penetrate Maiduguri metropolis at about 8.34 pm.

The boko haram insurgents who came in troop after parking their 7 vehicles and over 20 motorcycles in the bush behind baale shuwari village according to the villagers and CJTF, met stiff resistance of troops that took almost an hour where 6 of the boko Haram insurgents were killed and 7 suicide bombers were neutralized in the encounter according to the military.

The military statement added that the Nigeria Police Explosive Ordnance Disposal team have detonated two IED vests recovered from the killed suicide bombers Beaten by the troops and unable to force their way into the metropolis, the book Haram insurgents retreated and callously resorted to attacking locals who, reacting to the encounter were fleeing in confusion from Baale Shuwari, Baale Kura and Alkaranti villages with Personal Borne Improvised Explosive Device.

"Sadly, 15 persons including a soldier have so far been confirmed dead in the encounter, while about 83 persons who suffered varying degrees of injuries are receiving due medical attention at the UMTH and State Specialist Hospital Maiduguri.

"Troops are still on the trail of the boko haram insurgents. More details will be communicated as further clarifications are made.

"Meanwhile, a 14 year old Boko Haram insurgent Rawa Babagana has surrendered to troops of Operation Lafiya Dole.The insurgent escaped from the Boko Haram enclave in Kekeno in the northern fringes of the Lake Chad Islands. He is currently being profiled.

" It is clear that the remnants of the Boko Haram Terrorists are hell bent on remaining relevant by attacking soft and vulnerable targets and therefore calls for collective vigilance by all security stakeholders and members of the public.

"Members of the general public are therefore urged to be watchful and discern strange persons and suspicious activities in their communities and report to the security agencies."

In another development, the Chairman, CJTF, Borno State, Baana Lawan who was at the scenes of the incident has on Sunday night confirmed to journalists that over 21 people were recorded death so far and evacuated to the hospitals while parents in the three villages attacked told newsmen Monday morning that visited the scenes of the attacks that over 30 of their villagers were killed and over 80 were wounded and rushed to the hospitals.

The villagers also told newsmen that the BHT went away with one if the military vehicle when the soldiers ran away when the BHT succeeded in penetrating up to Gombole area before military reinforcement that made the BHT to retreat and return to their vehicles and hideouts at the nearby bush .

Meanwhile, NEMA Zonal Director, North East, Maiduguri, Alhaji Bashir Garga Idris said about 15 people were killed in the attacks and over 52 people were evacuated to the hospital for treatment of the various wounds they sustained on Sunday night . He added that on Monday morning, about 20 other villagers were also taken to the hospital from the villages by NEMA.