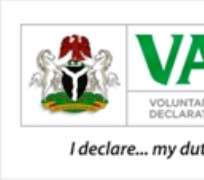 The Honourable Minister of Finance, Mrs. Kemi Adeosun, on Saturday confirmed that the Federal Government was currently reviewing the requests by the States and Private Sector for an extension of the tax amnesty programme, the Voluntary Assets and Income Declaration Scheme (VAIDS).

The tax amnesty programme, which expired on Saturday, offered a nine-month window of opportunity for tax payers to regularise their tax liabilities.

Adeosun, who responded to media enquiries in Abuja, said some States of the Federation and the private sector had asked for an extension of the deadline in order to allow them more time to comply.

She said, “The Federal Government is reviewing the numerous extension requests by the States and the private sector, which have cited some logistic challenges such as non-availability of the declaration forms in some states and the declaration of public holidays to commemorate Easter.”

The Minister stated that the tax evaders risk forfeiting their assets and prosecution as she noted that the Government’s data mining Unit in the Federal Ministry of Finance, Project Lighthouse, had compiled data of tax payers from land registries from 36 States and Federal Capital Territory as well as their bank accounts.

“We have also received tremendous support from foreign countries which provided data under the exchange of information protocols. The data include bank records and financial filings for tax purposes,” Adeosun said.

The Project Lighthouse has identified the common violations by non-compliant tax payers to include:

· Collection of Value Added Tax (VAT) which is not duly remitted to FIRS;

· Inconsistency between income declared for tax purposes and the value of assets owned.

Special Adviser, Media & Publicity to the Hon. Minister of Finance