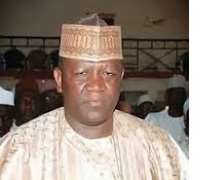 Gov. Abdulaziz Yari of Zamfara State on Friday directed security agents to shoot and kill anyone caught carrying firearms in the state. He said the order was from President Muhammadu Buhari.

The order following the  growing  spate of killings in Bawan Daji area of the state,

Yari gave the order in Anka when he visited the emir to condole with the emirate over the killing of over 30 persons by gunmen in Bawan Daji village of Anka local government area of the state.

“This is an order from the president and from the governor of the state,” he said.

“We cannot continue to watch criminals as a parallel government, doing what they want and carrying sophisticated firearms, maiming and killing innocent citizens in the state.”

The governor further directed the disbandment of five communities and the removal of the village and district heads of the affected communities in the emirate with immediate effect as they were accused of harbouring bandits.

He said that any person or group found associating with bandits should also not be spared but treated as the firearms carriers and bandits.

Responding, the Emir of Anka, Alhaji Attahiru Ahmad said “we need more security personnel who are also committed to carry out their responsibility effectively.

The emir reiterated that the people had no problem of herders/farmers clashes at the moment.

“What we are facing is armed banditry by trigger happy criminals who attack innocent rural dwellers and steal their cash and property, ” he said.

Bawan Daji village was attacked by bandits for two consecutive days, (last Tuesday and Wednesday) where they killed over 30 people.