God 'forbid' return of PDP to power in Osun -APC 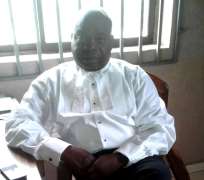 The Osun State chapter of the All Progressive Congress (APC) has said that the Peoples Democratic Party (PDP) was worst than evil and prayed that God 'forbid' return of PDP to power in the state.

The spokesperson of Osun APC, Mr Kunle Oyatomi in a chat with The Nigerian Voice warned the people of the state to be wary of PDP as the September 22nd governorship election draws near.

Oyatomi said the Osun PDP which has just overcome its internal crisis should stop boasting of capacity to win the forthcoming governorship election and rule the state in the interest of the people.

He told PDP to face its crisis and stop hallucinating on how to 'wrestle' power from the ruling party.

According to Oyatomi: "A party that cannot conduct ordinary ward congresses in unity cannot stand in the way of the progressive APC".

Oyatomi said in the last three years or so, the PDP has embroiled in fractional leadership crisis, fighting over who should control the party, which has degenerated into having two secretariats up until now.

"They are not serious and can't rule over good people of Osun who have been enjoying dividends of democracy over seven years now. Osun cannot afford to make a wrong decision because that will be inviting the evil that is waiting in the wings to destroy the glorious achievements that Osun has seen since 2010."

"The state has changed for the better. Every citizen of the state should look around himself or herself and ask this vital question: is this Osun I used to know when the PDP was in power."

Wonderful citizens of Osun, let us take you through the memory lane and ask residents of Osogbo in particular the following questions: is Osogbo looking better today than it was between 2003 and 2010? If you can honestly say yes, then the party which made the city better is the one to trust, not the PDP that allowed the city to rot."

"You should not forget that for the seven and half years that the PDP was in power in the state, it abandoned 'Gbonmi' and became complicit in the disasters that regularly happened".

The APC said those who have eyes to see, brains to think and a conscience to work with will adore the revolutionary changes that have taken place in Osun.

"You good people of Osun, the governor and his party that brought about this transformation are now involved in a political transition."

"The PDP says it wants to come back to power. Does your conscience tell you that that party is an alternative to APC?', Oyatomi asked.

"Can you in good conscience prefer a party that left the state to rot; that allowed flood to claim lives and properties and that practically squandered the resources of the state to return to power and do worst things? God forbid", he said

He continued: Those who are clamouring for a reversal of the success and progress that Osun has made under the APC government, led by inimitable Rauf Adesoji Aregbesola are worst than the evil itself.

"The story of progress in Osun has not ended. We have more on infrastructural and educational transformation that the state has seen in the last seven and half years, the APC spokesperson said.