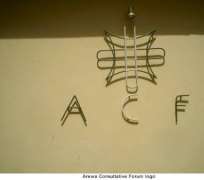 National Publicity Secretary of ACF, Alhaji Muhammad Biu, told journalists yesterday evening that nothing was wrong with the decision.

According to the ACF, such measure was adopted by the previous government to curb the restiveness in the Niger Delta region.

The ACF said, “The offer of unconditional amnesty by the Federal Government to Boko Haram terrorists or any other groups who surrender their arms, denounce their militancy and then pledge their loyalty to the government is a welcome development, considering the insecurity posed by insurgency in the last nine years."