Gen T.Y. Danjuma (Rtd.) Call, is An Invitation to Anarchy, Unfortunate and Condemnable 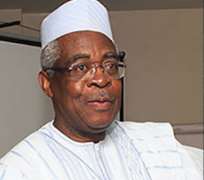 Lately, the media space has been awash with reactions of Nigerians to the recent statement made by a former chief of army staff and elder statesman, Gen. T. Y. Danjuma (Rtd.), while speaking at the convocation ceremony of Taraba State university, Taraba State, where he was reported to have openly called on the citizens to defend themselves by bearing arms due to what he called, the corruption of the military in it's engagements with bandits and criminals in Taraba State.

What an unfortunate, invitation to anarchy and condemnable statement coming from a one time chief of army staff and high ranking member of the highest decision making organ of the Nigerian state, the Supreme Military Council (SMC).

This writer just like millions of Nigerians and lovers of peace and good neighbourliness all over the world was taken aback, disturbed and traumatized by such a inciting, reckless and unfortunate statement coming from a highly revered and distinguished member of the Nigeria society.

Gen. T. Y. Danjuma (Rtd.) by all standards is an accomplished soldier, businessman, father, grandfather, politician, opinion moulder and philanthropist whose words and action is supposed to mirror our values and integrity as a people.

Like our Yoruba people say, "Agba kii wa loja, ki ori omo tuntun wo" literally meaning that, the role of elders in any society to mirror it's values and be a guide and model to the young ones. The above proverb also finds credence in another adage which says that, when the youths are cutting down a tree in the forest, it is the elders that know the direction in which the cut tree will fall. But unfortunately, the conduct of our elders in recent times does not conform to this expected standard and it is very sad.

Gen. T. Y. Danjuma (Rtd) by his pedigree and status in the society has disappointed a lot of the people who look up to him as a father figure and role model by this call to arms which stands condemned in its entirety.

No matter his grievances with the system, it is absolutely incomprehensible for an elder statesman of Gen. T. Y. Danjuma (Rtd.) pedigree, a man in whom Nigeria invested a lot in his upbringing and training, to degenerate to the level of calling on the citizens of the same country to take up arms against one another for whatever reason, is an invitation to anarchy and is utterly despicable and reprehensible.

Whether he recognizes it or not, Gen. T. Y. Danjuma (Rtd.) owes his position in life today first to God, the Almighty and secondly, to the Military establishment. Thus, one is shocked and embarrassed that he can resort to a blanket condemnation of the military institution over perceived compromise when in actual fact, as a retired General, he is well acquainted with the process and procedure for drawing the attention of the authorities to the alledged observed lapses for correction, except perhaps if he has other motive(s) known only to him as being responsible for his call.

While condemning this unfortunate invitation to anarchy statement of Gen. T. Y. Danjuma (Rtd.), it is however important to reiterate that, the military authorities should also as a matter of urgency, introspect into its activities in order to be above board in its various engagements and in line with global best practices.

On a last note, the rate at which retired Generals are threatening our democracy and national security lately, shows clearly that the demilitarization of the society is still in deficit, hence the government must as a matter of urgency, put in place measures and mechanisms to holistically address this obvious threat to our humanity which has become a recurring decimal and is a major factor responsible for the spate of violence ravaging almost every part of the country.