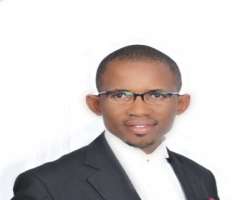 ABUJA, June 09, (THEWILL) – Legal activist, Kayode Ajulo Esq. has frowned at the way and manner the Federal Capital Territory Minister, Senator Bala Mohammed was quoted as glorifying and crediting Senate Leader, Senator Teslim Folarin over an initiative which led to the swearing in of President Goodluck Jonathan as Acting President.

In a chat with THEWILL in Abuja, the legal juggernaut said he was highly piqued and worried by the statement credited to Senator Bala Mohammed glorifying Teslim Folarin over an initiative that emanated from him.

"I am really piqued by Senator Bala Mohammed (FCT Minister) glorifying Teslim Folarin (Senate Leader) over an initiative that originated from me," he said.

He said that it was based on the suit he initiated and filed before the Federal High Court shortly after the popular BBC interview with the late President Yar’Adua that formed the foundation of the separate resolutions by both chambers of the National Assembly.

"I indeed filed a suit before a Federal High Court shortly after the popular BBC interview granted the late president on the 12th day of January, 2010. Precisely, the suit, Suit No: FHC/ABJ/CS/28/10 was filed on the 18th January 2010 against the President of the Senate, Speaker of the House of Representative and the Attorney General of the Federation," Ajulo said.

He posited that his processes sought for the Court’s declaration that by the combined effect of the authorized and un-contradicted public declaration made by President Umaru Musa Yar’Adua, on January 12, 2009, to the BBC and circulated in all credible Nigeria media nationally, stating that the transcript of which the authorized public declaration was received and read by all including the President of the Senate, Speaker of the House of Representative at both chambers of the National Assembly.

He argued that through this declaration the late President Yar’Adua duly informed the President of the Senate, Speaker of the House of Representative of his inability to perform the functions of his office and his consequential proceed on vacation owing to his ill-health and had therefore complied with the provision of Section 145 of the 1999 constitution.

Ajulo said he sought for consequential Orders of the court directing the National Assembly to recognize and allow the Vice-President to begin, without any further delay, the performance of the duties of the President of the Federal Republic of Nigeria in his own right as Acting President.

He further said that no sooner had the leaders of the National Assembly been served with the processes of his suit than they, in their sittings on February 9, 2010 unanimously passed separate resolutions to yield in tandem with the immutable reliefs sought in the matter and declared the Vice President as the Acting President.

"This is exactly my earlier argument served on them, in fact some of them contacted me for more exposition before passing their resolutions but I am disenchanted that they failed to acknowledge my ingenuity and resources in resolving a seemingly constitutional crisis that was about to disintegrate Nigeria," he said.

He said he was bemused when he recently read a report that the new Minister of Federal Capital Territory, a former Senator, Bala Mohammed, who knows better based on his involvement in the process, singled out the Senate leader, Teslim Folarin for praise, for his originality in elevating the Vice-president to Acting President, adding that this is a matter of "reaping where you did not sow."

"I am justified not only by the National Assembly but by the Court when the presiding judge of the case, my noble Lord, Honourable Justice Kolawole in allowing the withdrawal of the case as a result of the elevation of Vice President to Acting President, praised me for my initiative and believe in the judiciary saying that my action is worthy of emulation," he explained.