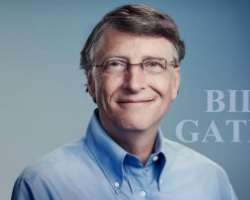 The Federal Government on Friday said that contrary to the assertion by the Co-Chair of the Bill and Melinda Gates Foundation that the Economic Recovery and Growth Plan did not address the economic needs of the country, government spending on human capital development was prioritised in the plan.

Gates had on Thursday said the Federal Government's Economic Recovery and Growth Plan was not reflective of the people's needs.

He also said the country would do better with strong investments in health and education, rather than concentrating on physical infrastructure to the detriment of human capital development.

Gates had while speaking at the expanded National Economic Council meeting, chaired by Vice President Yemi Osinbajo, said, “The Nigerian government's Economic Recovery and Growth Plan identifies investing in the people as one of three strategic objectives.

But reacting to the development, the Minister of Budget and National Planning, Senator Udoma Udo Udoma, said that to demonstrate the commitment of the government to improving human capital development at the national level, the Federal Government had made significant improvement in capital allocations in human capital-related sectors in the last three years in spite of dwindling revenues.

In a statement issued by his media adviser, Mr. Akpandem James, Udoma said that, for instance, capital allocations to education, including the Universal Basic Education, in the 2015 Budget was N91.903bn.

Udoma said, “A close reading of his statement shows that the point Mr. Gates was making was that the human capital development should have been explicitly indicated as part of the execution priorities of the ERGP.