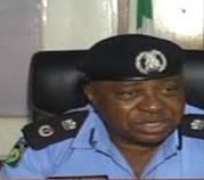 The Borno Police Command have been confronted with numerous challenges which includes lack of accommodation, transit camps for transferred personnel on special duty, equipments, inadequate welfare, inadequate working equipments and inadequate personnel among others to meet up with the challenges of providing security to the people.

He added that the menace of the boko haram insurgency had drastically reduced the personnel of the command from 9000 to 5000, urging the IGP to deploy more policemen to the state with the intensified clearance operations by the military which has increasing attendant demands to deploy police personnel to the liberated parts of the state which may situationally require about 3,500 additional policemen to be deployed to the state.

The Borno State Commissioner of Police, CP Damian Chukwu Stated this Thursday at the Borno Command headquarters, Maiduguri during the operational visit of the IGP, Ibrahim Idris who interacted with the officers, rank and file face to face.

He noted that today with the personnel wastages arising from retirements, disciplinary processes, deaths, incessant transfers, etc, the command hardly has a workforce of 6000 which was inadequate with the additional responsibility to adequately secure all schools and other soft targets across the state apart from the requisite armament for effective deployment.

Damian appreciated the deployment of visiting PMF, CTU, EOD and other special units of the force to the command, pointing out that, there were 44 visiting PMF Units including 3 Units deployed for security coverage of PMF Training College, Liman Kara, Gwoza now undergoing reconstruction.

He added that over 500 visiting OMF/CTU personnel were attached to HQ 7 Division, Nigerian Army, Maiduguri jointly deployed with soldiers which is independent of the command while appealing to the IGP to ensure prompt payment of allowances and catering allowances of the visiting PMF personnel.

CP Chukwu also appreciated the deployment of fighting equipment to the command in spite of the limited resources such as 5 armoured personnel carriers (APCs) and 3 Armoured Personnel Vehicles (APVs) in addition of 10 Special Breed of Police Dogs comprising of 3 sniffers and 7 guard dogs to boost the command operational capacity which had helped greatly to curtail the spate of suicide bomb attacks at the University of Maiduguri, Muna Garage general area and its environs in the recent p

ast.
He said a full unit of the PMF was deployed to the University of Maiduguri and its environs while the sitting of EOD training school in Maiduguri which was under construction was timely, noting that, it will go a long way in training personnel to get rid of IEDs that were littered across the north east and environs by the boko Haram insurgents.

According to him, the training will provide facilities for other security agencies within and outside Nigeria having adequately deployed PMF and conventional personnel for security coverage of IDPs camps and other vulnerable locations across the state.

Chukwu said in compliance with the recent directive inadequate security coverage of schools, he said, the command was deploying to all the schools across the state to check the recent spate of embarrassing attacks by the boko Haram insurgents.

He said following the imminent defeat of the boko Haram insurgents and liberation of most communities, the command recently was contending with suicide bombing, cattle rustling especially, in southern Borno area, drugs abuse and gender based offences, causing hurt and other forms of violent crimes and impersonation of the military and para military among others.

The CP noted that the command was collaborating with the military and other security agencies to stem out the tide working closely with the theater command leadership while acknowledging the support of Governor Kashim Shettima to the police command and Shehu of Borno, HRH, Alhaji Abubakar Garbai Umar El kanemi for his fatherly guidance and counselling.