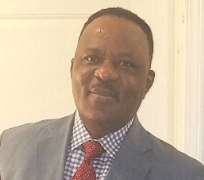 The latest Transparency International (TI) report disrating Nigeria's war against corruption did not come as a surprise. But the report did not tell the whole story.

The truth is that President Muhammadu Buhari has done a commendable job on the war against corruption compared to the situation under the People’s Democratic Party (PDP). At least, unlike in the past, corruption is not being advertised as a way of life. Corrupt politicians, for instance, are being paraded back and forth to police cells by the anti-corruption agency. The optics alone is a measurable deterrence and, of course, miles above what was obtainable under former president Goodluck Jonathan. Yet, there is a perplexing problem: Muhammadu Buhari is not doing exactly what Nigerians elected him to do.

The Nigerian masses want President Buhari to fulfil his 2015 campaign promise: “Vote for me and I’ll send corrupt Nigerians to Kirikiri.” We want to see corrupt politicians headed to jail without further excuses. This view, interestingly, is echoed by the spiritual leader of Nigeria’s main opposition party PDP in Governor Ayo Fayose of Ekiti State. It is also being promoted byformer Governor of Abia State, Orji Kalu, a staunch member of the ruling party and arguably the most vocal supporter of Buhari. Said differently, Nigerians from all shades of the political spectrum want serious consequences for bad behavior in the country.

But that has not been the case.
President Muhammadu Buhari appears to be fighting corrupt politicians with kid gloves. But I pity the man here. Recall that the most forceful arrow thrown against Buhari’s candidacy in 2015 was his dictatorial military regime where human rights abuses were common. Also consider that the major reason Buhari’s candidacy would gain support within the international community was his pledge to abide by Nigeria’s rule of law if elected president.

Unfortunately, however, the Nigerian brand of rule of law is roundly queer. It includes the ancient tenet of criminal law, a skewed Presumption of Innocence, which dictates that corrupt politicians are not only presumed innocent until proven guilty, they also have the liberty to influence the courts to adjourn corrupt cases as they may please. Buhari’s quaint acquiescence to this quandary is where the fire in his anti-corruption war quenched.

The apparent demurral with rule of law is expected to attract critics. That is understandable. Presumption of Innocence is a legal right of the accused in the Nigerian criminal law. It is also consistent with UN's Universal Declaration of Human Rights. But it has become necessary to come to terms with the reality that the original authors might never have considered the Nigerian condition where the accused can collude with the judges to make cases interminable.

This is where leadership comes in. To begin, leadership and law are two different things. Leadership is contingent upon the environment. Thusly, extraordinary circumstances demand extraordinary actions. For example, in her war against terrorism after the 9/11 bombing, the United States of America adopted the USA Patriot Act which allowed intrusive checks at the airports. Though it was viewed as an infringement of individual freedom and liberty, a vast majority of the people eventually embraced the rationale for the greater good.

Nigeria’s greatest good at this point in history is to demonstrate serious consequences for bad behavior in the country. There is no better starting point than finding ways to jail corrupt politicians without fear or favour.

Jailing corrupt politicians, of course, is not easy. There are all manners of obstacles that seem to translate to good excuses. But, as my father would always tell me, a habit of excuses is the best friend of failure. It goes without saying that Buhari’s ability to overcome obstacles in the war against corruption is a test of his leadership. Leadership, in my simplest definition, is the ability to make someone who says no to agree to say yes and mean yes. It is all about influence. It is incumbent upon Buhari, therefore, to maximize his presidential power and find ways to influence the judiciary to henceforth spurn the different entreaties by politicians to adjourn corrupt cases forever.

Nigeria cannot afford to allow its future to be undermined—at the cruelest expense of the masses—with sophisticated legal jargons and moon walks. It is rather mystifying that the strict interpretation of the rule of law is only sacrosanct in Nigeria whenever it advances criminal ingenuity in favour of powerful politicians.

President Buhari must recognize that Nigerian masses beckoned him back to power because he was promoted as a strong, resolute, just, and transparent leader who has the willpower to demonstrate serious consequences for bad behavior regardless of whose ox is gored. Nigerians are still yearning—more than ever—for that leader. Any failure to produce such leader within the ruling party is a matter-of fact surrender of power back to PDP, and that is a hellish proposition.

*SKC Ogbonnia, an APC presidential aspirant, can be reached via: [email protected]