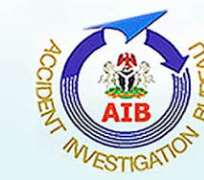 Lagos, Monday, 19 March, 2018: Media Rights Agenda (MRA) today inducted the Accident Investigations Bureau (AIB) into its “Freedom of Information (FOI) Hall of Shame”, saying it is clear that transparency has never been a hallmark of the agency either in its operations or as a guiding principle as it has consistently shrouded its activities in secrecy.

MRA criticized the AIB for failing to structure its operations and activities to involve the FOI Act, observing that a thorough search of the AIB’s website reveals that the Bureau does not even acknowledge the existence of the Act, as if the Law has nothing to do with it.

The Accident Investigation Bureau is established by section 29 of the Civil Aviation Act, 2008 as an autonomous agency that reports to the President of Nigeria through the Minister of State for Aviation, and is headed by a Commissioner, who is also the Chief Executive Officer. The Bureau, which is under the Ministry of Transportation, is charged with the responsibility of investigating any civil aircraft accident and serious incident arising out of or in the course of air navigation occurring in or over Nigeria.

In a statement in Lagos, Mr. Ayode Longe, MRA’s Programme Director, observed that despite having a functioning website and other resources at its disposal, the AIB has failed to comply with its obligation to proactively disclose some classes of information in accordance with Section 2(3), (4) and (5) of the FOI Act in what appears to be a deliberate decision to disregard or violate the provisions of the Act.

He noted that “There is no discernible reason why the Bureau has not been able to proactively publish the 16 heads of information required to be published by the Act and ensure that the information is widely disseminated and made readily available to members of the public through various means as required by the Act or at the very least, at its office and on its website.”

MRA also observed that for nearly seven years since the FOI Act came into force, the AIB has not designated any officer to whom requests for information should be sent, in utter disregard of Section 2(3) (f) of the Act, while it has also never, during the same period since the effective date of the Act, submitted a single FOI implementation report to the Attorney General of the Federation as required by Section 29 (1) (a - h) of the FOI Act and in accordance with the provisions of the Guidelines on the Implementation of the FOI Act issued by the Attorney General of the Federation.

According to Mr. Longe, notwithstanding the provisions of Section 13 of the FOI Act, there is no evidence that the AIB has provided the required training for its officials on the public’s right of access to information or to enable relevant officials to effectively implement the Law at any time in the last seven years.

He said there was no indication that AIB has ever responded to any request for information since the Act was passed.

MRA also urged the Attorney-General of the Federation to explore administrative measures to ensure that that the AIB and other public institutions to which the FOI Act applies take their duties and obligations under the Act seriously and respect the rights of Nigerians to public information, which is also a fundamental right of citizens of all countries, established under international law.

Launched on July 3, 2017, the FOI Hall of Shame focuses attention on public officials and institutions that are undermining the effectiveness of the FOI Act through their actions, inactions, utterances and decisions.