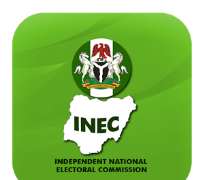 As the nation races toward 2019 general election, many strange things are happening daily in our political space; some heartening and others, undesirable. Particularly echoing on this wavelength is the demand for a robust political partisanship. A move that is aimed at terminating the dearth of leadership that has bedeviled our nation for too long a time.

Essentially welcoming is the call for good governance sermonized daily. But beyond this call, is an uninspiring preparation characterized by gaps between what we profess and our political actions; a case of more speech with less action by all parties (state actors/citizens) alike. This has become a growing source of concern prompting keen political watchers to ask whether Winston Churchill, had us (Nigerians) in mind when he defined a fanatic as ‘he, that can neither change his mind nor change the topic’.

Undeniably, the need for electing the right leaders has become inevitable and eminently desirable. And Nigerians have within this period expressively preached leadership change but visibly shown ineptitude in strategy and commitment that will bring this position to fruition. Beyond doubt, we are more styled than substance in this 2019 project.

Going by what is happening currently, analysts are however worried that what the masses have so far exhibited is, but, a reluctant optimism which could only lead the nation scoring the usual electoral result as speeches alone cannot win an election.

Another deep-seated source of worry is the telling evidence that the Independent National Electoral Commission ( INEC), has recently become a body that is good at expressing regrets for their misdeeds without a promise of repentance or apology; under age voters’ registration saga comes flooding.

But the most damaging of all these scenarios is the current spate of insecurity in the country; an occurrence that points to the fact that the federal government may not be promising a firm security for the exercise. Particularly now that disobedience of order has become a familiar music hall act.

These looming signs of woes have again necessitated discerning minds to conclude that if the nation eventually elects the right people in 2019, such victory shall be viewed as an unmerited success. And if we fail, such will again be considered as an accident the nation could have avoided since we saw it coming.

Against this backdrop, it will be gratifying that these unspoken fears are urgently and sprightly addressed as doing so shall translate to a force of stability and a small beginning that will bring about an important breakthrough. But having them disregarded may come at heavy political and socio-economic cost for our nation.

Aside from the above, it also appears that our inability to coexist is another indication that we are not doing so well to establish a democracy and leadership that is enduring. History bears eloquent testimonies that true democracy can only work in a ‘peaceful environment, where the people have the culture of accommodation and tolerance which makes a minority accept majority’s right to have its way until next election, and wait patiently and peacefully for its turn to become the government by persuading more voters to support its views’. I doubt if our nation as currently postured can fit into this description.

Our inability to coexist in my views may not be the only hurdle against 2019 general election as the age-long underage registration/voting challengemooted above raised its ugly head in a recent but still trending video captured during a registration exercise and a local council poll in some states. Nigerians are not particularly happy that the Independent National Electoral Commission has not been able to give an impressive explanation of what happened asexpected.

As if that was not enough misery for our democracy, damaging state of illiteracy and attempt to regulate freedom of speech as we have recently witnessed with the attempted introduction of hate speech bill, has but become another stumbling block standing on the way to achieving a people-purposed leadership.

Going by what is happening at the global stage, there is again, a telling proof that ‘for democracy to succeed, a relative level of literacy, a growing middle class, and political institutions that support free speech and human rights is desirable. It needs a civic society resting on shared values that make people with different and conflicting views willing to corporate with each other’. In contrast, Nigerians are going about this 2019 electoral project divided while a greater percentage of the electorates still wallow in ignorance.

Illustrating the above, most of the people leading this electoral discourse have neither registered for nor collected their Permanent Voters Card (PVC). Again, a gross apathy on the part of the youths has become another significant source of worry.

A story was told of how in Anambra state, some youths in their resolve to stop a particular candidate from winning the recent gubernatorial contest, decided not to participate in the electoral exercise. Such a decision in my views was born out of political ignorance and further portrays the democracy we practice as ‘democracy turned upside down’.

However, despite these negative developments, it is my firm believes that these monsters can be caged and the anticipated 2019 election result achieved if the FG allays this fears as expressed by the masses.

To get started, such step may include but not limited to our realization as a people that democracy can only guarantee good governance when it is mixed with the appropriate ingredients. Such ingredient is our ability and resolves to vote the right people that will uphold probity as well as build institutions. Therefore, as we commence yet another ‘political ultimate search’ come 2019. Voting based on pecuniary inducement or ‘stomach infrastructure’ should be discouraged

it is imperative that INEC as a public institution run with the approval, and from the funds of the public perform its responsibility of facilitating/regulating the electoral process responsibly as failure may lead to losing public/peoples support and by extension, its existence.

To further disabuse the minds of Nigerians who may have doubts about the forthcoming election, the FG should take pragmatic steps to address the nation security challenge as well as tackle in a holistic manner other issues raised that may blur the 2019 general election outcome.