Electoral (amendment )act: N'Assembly to go ahead with plan to override president's veto 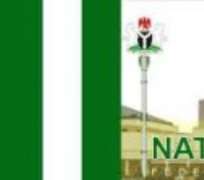 Despite the announcement Wednesday by the spokesman of the House of Representatives, Hon. Abdulrazaq Namdas, that a tweaked version of the Electoral (Amendment) Bill will be retransmitted to President Muhammadu Buhari for his assent, the leadership of the National Assembly has said that it will go ahead with plans to override the president's veto.

This is just as the Senate Thursday protested the injunction granted by a Federal High Court, Abuja, restraining it from overriding the president's veto on the bill.

Buhari had vetoed the bill, saying, among other reasons, that the alterations to the Electoral Act would impede the constitutionally backed powers of the Independent National Electoral Commission (INEC) to organise and supervise elections in the country.

However, in an unexpected turn of events, Namdas on Wednesday said the National Assembly would expunge two amendments to the bill, but would retain the amended section that altered the sequence of elections, and retransmit the bill to the president for his asset.

Although THISDAY had tried to ascertain from the Senate if the House's position had the concurrence of the upper legislative chamber, the Senate remained mum on the announcement all through Wednesday .

However, it emerged yesterday that there was some miscommunication between the Senate and House, as the leadership of the National Assembly has now agreed to go ahead and override the president's veto on the Electoral (Amendment) Bill.

Sources among the leadership of both chambers confirmed to THISDAY yesterday that the announcement made by Namdas arose from lack of communication, as the House did not consult with the Senate before rushing to speak to the media on the issue.

They added that contrary to Namdas' statement on the bill, it will not be resent to the president for his asset, nor would any of the amended sections be expunged, stressing that lobbying had entered high gear to either defeat the planned vote to override the veto or ensure it passes.

Namdas, during his briefing, said the lawmakers had agreed with two of the reasons tendered by the president in rejecting the amendments to bill.

The first was Section 138, which the Buhari had said would limit the rights of candidates in elections to a free and fair electoral review process.

The second was Section 152(3)-(5), which the president objected to on the grounds that it might raise constitutional issues over the competence of the National Assembly to legislate over local government elections.

The two sections would therefore be expunged, Namdas had said, adding however that the legislature did not agree with Buhari's contention that the amendment to Section 25 of the Electoral Act, might infringe on the powers of INEC to organise and supervise elections.

The lawmakers had changed the sequencing of elections in the country for the National Assembly elections to be held first, before elections into the state Houses of Assembly and governorship on a separate day, while the presidential election would be conducted last, to complete the general election cycle.

Section 25 of the Principal Act was amended and substituted with a new Section 25(1) which provides that the elections shall be held in the following order: (a) National Assembly elections (b) State Houses of Assembly and Governorship elections (c) Presidential election.

The amendment is expected to whittle down the bandwagon effect of presidential elections on other elections.

THISDAY, however, gathered that the legal department of the National Assembly has proffered a position different from the announcement made by Namdas, contending that the reasons proffered by the president for vetoing the bill were faulty.

According to the legal advise of the department, which was obtained by THISDAY, the president's position that the amendment to Section 25 of the Electoral Act might infringe on INEC powers was unjustified when considering that Section 76 of the Constitution had been amended in 2010 to provide that INEC will conduct elections in accordance with the Constitution and the Electoral Act.

The legal department further explained that the president was not explicit as to what aspects or in what manner the powers of INEC would be infringed upon if the amendment is passed.

The president's position was therefore deemed too general, the advise from the legal department held.

The department further counselled that the grounds for rejecting the new Sub-section 3 of Section 138 on the grounds that it might limit the rights of candidates in elections to a free and fair electoral review process, was also misplaced.

Proffering reasons, the legal department said the new sub-section clarifies the ambiguity contained in Sub-section 1 of the Electoral Act and reinforces the standards in Sections 65, 106, 131 and 177 of the Constitution. This is also because it provides that no person shall be qualified to contest elections in breach of Sections 66, 107, 137 and 182 of the Constitution.

The advisory also noted that the president's rejection of the amendments to Section 152(3)-(5) was not right, as it was within the competence of the federal legislative body to make laws in respect of the procedures regulating elections into the local government areas in the country.

Senate Disagrees with Court
But just as the National Assembly leadership remained resolute on overriding the president's veto on the amendment bill, the Senate thursday protested the injunction granted by a Federal High Court, Abuja, restraining it from overriding the veto, saying it was an abuse of the separation of powers tenets enshrined in the Constitution.

The Senate, accordingly, resolved to write a letter to the Chief Justice of Nigeria (CJN), Justice Walter Onnoghen, to register its protest against the injunction granted by Justice Ahmed Mohammmed of the court.

It also wants Onnoghen to caution judges against granting orders, which interfere with the duties of other arms of government.

Justice Mohammed, in his ruling on Wednesday , had ordered all parties to maintain status quo ante bellum until the next adjourned date.

The decision of the Senate followed a point of order raised at plenary by the Minority Leader, Senator Godswill Akpabio, who said it was wrong for the court to attempt to stop the National Assembly from carrying out its functions.

“I have perused the Constitution and cannot see anywhere that the court has the power to stop the proceedings of the Senate. If this is allowed, it therefore means that in the future the court can stop the National Assembly from appropriating and the country will have no budget for that year.

“The separation of powers is a core of tenant of democracy, so there is need for the chief justice to caution legal officers on issuing such orders geared towards interfering with other arms of government,” Akpabio stated.

Senate Leader Ahmed Lawan backed Akpabio's argument, noting that amendment to the Electoral Act did not require the intervention of any court.

“Institutions should rather do things that should enhance our democracy. The issue at stake does not require the court's intervention because this is democracy at work.

“The court should hands off what we do in the National Assembly, it is when we have finished and we have a law and the court feels that there are issues, that they can interpret,” Lawan said.

The President of the Senate, Dr. Bukola Saraki, said it was necessary for every arm of government to work in line with the principle of separation of powers.

Despite the Senate's displeasure over the restraining order by the court which favoured the presidency, Buhari last night met with the principal officers of the National Assembly at the State House, Abuja.

The meeting scheduled for 9 p.m. had in attendance Saraki and the Speaker of the House of Representatives, Hon. Yakubu Dogara who led some principal officers of both chambers to the meeting.

The meeting also had in attendance the Chief of Staff to the President, Abba Kyari, and Secretary to the Government of the Federation, Boss Mustapha.

However, Deputy Senate President, Ike Ekweremadu, Akpabio, and other principal officers from the Peoples Democratic Party (PDP) were absent.

Although the meeting was still ongoing as of press time, it believed that the main agenda of the meeting was the delay in the passage of 2018 budget by the National Assembly.

APC Chieftain Files Suit
Meanwhile, a member of the All Progressives Congress (APC), Chief Anike Nwoga at the weekend filed a suit at the Federal High Court, Enugu, challenging the amendment bill passed by the National Assembly.

The party chieftain also prayed the court for an interlocutory injunction restraining the president from assenting to the said bill, when presented to him.

Nwoga, who is the zonal vice chairman of APC in the Enugu East Senatorial District, had filed the suit on Friday, March 2 through his lawyer, Godwin Onwusi.

No date has been fixed for hearing of the suit.
In his motion on notice, supported by 25-paragraph affidavit, Nwoga is insisting that no action should be taken on the bill, pending the determination of the substantive suit.

The motion on notice was brought pursuant to Orders 26 and 28 of the Federal High Court (Civil Procedure) Rules, 2009, and under the inherent jurisdiction of the court.

Aside the National Assembly, which was listed as the first defendant/respondent, others listed as second to fourth defendants/respondents in the suit numbered: FHC/EN/CS/28/2018 and commenced through an originating summons, were INEC, the president and the Attorney General of the Federation (AGF).

The plaintiff equally asked for an order of interlocutory injunction restraining INEC from complying with the alteration to the sequence of elections contained in the bill and for such further orders as the court may deem fit to make in the circumstances, pending the determination of the substantive suit.

Specifically, Nwoga asked the court to among other things determine: “Whether the National Assembly, in exercise of its lawmaking powers, can make laws to compel INEC to exercise the powers to organise, undertake and supervise elections conferred on it by the Constitution in a particular sequence.

“Whether the National Assembly, in exercise of her law making powers, can make a law to change the sequence of elections, already adopted and published by INEC, pursuant to the powers conferred on it by the Constitution.”

Upon the determination of the questions, the plaintiff urged the court to make the following orders: “A declaration that the National Assembly cannot make laws to compel INEC to exercise the powers conferred on it by the Constitution to conduct election in a particular order.

“A declaration that the bill adopted by the two chambers of the National Assembly, which altered the sequence of the 2019 elections, already adopted and published by INEC, pursuant to the powers conferred on it by the Constitution, is a usurpation of the constitutional powers of INEC, hence unconstitutional.

“An order of perpetual injunction restraining the president from assenting to the bill changing the sequence of elections, already adopted and published by INEC, when it is presented to him for assent.

“An order restraining INEC from complying with the sequence contained in the bill or the Law, if assented to by the president.

“Any further or other orders or consequential orders that the court may deem fit to make in the circumstances of the case.” – This DAY