Of unnecessary gossip, ranting and your offer of free farm inputs 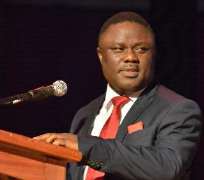 I believe that one of your changeling adviser - Mr. Emmanuel Etim, wrote on your behalf on August 12, 2017,in response to my article titled: “Ayade and Hosea 8:7, and promised: “in the next few weeks, I will be doing an elaborate exposition on the achievements of the Sen. Prof. Ben Ayade’s administration achievement sector by sector”. After the speculative budget of over a trillion naira, unsupported by earnings and in these days of “digital and transcendental” fraud, I have waited in vain for his promise to be kept, to no avail. It is now three years since you took over the saddle, and your greatest achievement is a speculative budget, which you ‘settle’CRS legislators beforehand, to pass, in the believe and knowledge that any funds that accrues in future to the CRS coffers, do not have to be appropriated again, since you have already set up the speculative budget of “kinetic crystallization”. Very ingenuous, I must applaud you.

Mr.Etim asked: “Do the Super Highway and Deep seaport as presently proposed not make economic sense? Does the writer’s lack of access to the business projections for the projects or business model analysis make the projects not acceptable or models not valid?” Let me confess that they do make economic sense, but the devil is in the details. And those details have not been forthcoming. In recent weeks, a lot of people have finally woken up to the reality that Cross Riverian’s are not enthusiastic about a 2nd term for incumbent Governor Ben Ayade. Governments are not run solely on speculative business projections. Enough of Mr. Etim. The young man is only doing his job. But since he failed to write about your achievements as promised, let me do it for him.

The collapse of all basic state infrastructure including primary healthcare and notably water supply, in addition to crippling violence and rising crime rates resulting from poverty and declining standards of living, shows clearly your inability to balance continuity and political stability with the need for social and economic growth. Cross Riverians are totally disenchanted with your tenure, even amongst obligatory attendees at your recent self-sponsored endorsement campaigns; and let no one be fooled about this fact.

Your man did warn me about indulging in political gossips, but here are the stories I hear from the South Senatorial zone. Actually, there is a long story and a short story, about your 2nd term ambition. From my connection amongst party stalwarts, I beg to quote one of them: Elder EkpeyongOkon-Offiong, a PDP stalwart from Ward 10, Calabar South, concluded the short story with his observation that “a lot of people who even bothered to come out for these endorsement campaigns were there as a result of obligation or blackmail; with some even joking that Governor Ayade’s genius might be the only thing holding him back”? To understand the long story, one has to key into Senator Florence Ita-Giwa concerns in a recent conversation,who pointed out that “resistance to Governor Ayade’s 2nd term tenure is not only tied to his cascade of disorder in managing the state” …that is not to mention his inability to point to concrete achievements in reality, what's notable this time is how he has alienated the true leaders of the Southern Senatorial Zone”, and I am reliably informed she meant “across party lines.” Please note, you do not have to believe me, those are hearsays. And, I remember that she did fear for her life and had to abscond to Lagos for safety. But, I digress.

Senator Giwa’s concern indeed brings into light the crisis in the South Senatorial Zone,whose citizens are now questioning the moral or historical obligation to vote in / “deliver” incumbent Governor Ayade, for a 2nd term without answers to how an Ayade’s 2ndterm truly benefits the South, in concrete terms., bearing in mind his abject failure as governor, in addition to his purposeful resurrection of the financiers of the once banished Atam Congress – Chris Aghara, Emma Ibeshi, Pius Tawo, EJ Williams. Their current thinking is that you are unworthy of their political fellowship. After all, you have purposefully crumbled the Calabar Carnival initiated by Governor Donald Duke, to stifle the economy of the South and initiated a Northfest in Ogoja, as demanded by the Atam Congress, to make the South powerless and insignificant. That is their thinking, and they control a significant number of delegates and votes. Would your new-found friends come out and vote? What are the personal ambitions of NtufamEkpoOkon, Chief OrokOtu Duke,Hon. Emile Inyang, and Chief AsuquoEkpeyong and son?

Whatever our setback in the PDP, it is damming despite the looming presence of Chiefs Gershom Bassey, EfiokCobham, Bassey Eyo-Ndem, Rt. Hon Joseph Bassey, Barr. EyoEkpo, Chief Mrs. Geraldine Oku, Christian Ita, Pastor EyoOkpo-Ene, Ernest Etim-Bassey jnr, Barr. Joe Edet, Hon. Wilson Ekpeyong and Bassey Ekefere., that you decide to depend on political appointees without portfolios and endanger the turn of the North Senatorial zone. While we cannot make significant progress without discussing the serious internal issues that divided the state chapter of the PDP leading to 2015 general elections, we should muster a semblance of pride having obviously lost our cloak of invincibility, which in itself is a reminder of the good old days when playing politics in the South was a notoriously daunting task.

Undeniably, Chief GershHenshaw’s recent outburst - “if Ayade should be determining the South’s political future or vice versa perhaps suggest a dereliction of duty by the political class in the South” is illuminating. As a steadfast and lifelong watcher of political activities in CRS, I do not consider these players from the south “visionless” and old as Mr. Etim described me. I know that former Governor Duke has departed into the warm embrace of his Lagos friends, Chief Anthony Ani and his generation of leaders, retired with dignity and Senators Bassey Otu, Florence Ita-Giwa, Bassey Ewa-Henshaw and co,have either adopted a “siddonlook” posture or cross carpeted to the opposition, while the likes of Amb. Nkoyo Toyo play PDP by day, APC by night and APDA by whim, a leadership gap now exists in their politics, which I insist would not be filled by the likes of AsuquoEkpeyong Jnr and Snr.,EfaEsua, Stanley Nsemo, EdimInok, Dr. Sly, Austin Cobham, Oliver Orok, Baddest and Eric Anderson.

From the North Senatorial zone, Gen. Tony Ukpo, Ambassador Ekpang and Chief Obi Odu have noted in recent conversations, “how can Ayade lay claim to achieving anything in this state over the last 3yrs when records are there to show” With emphatic punctuation Gen. Ukpo quietly concluded: “When the chips are down and votes are being casted, Ayade will just have to sing to the birds, because no one else will listen. The quality of life and standard of living in this state has declined and it’s there for all to see.”The emphasis here shouldn’t be on these gentlemen who in their right can play the politics yet hold their personal opinions. The unanswered question bedeviling you, remains the promises you made at the CICC Calabar, in May 2015, to rejuvenate the economy, create jobs, unify the political class and put the people first?

You have failed in that promise, so why should I trust you to deliver the farm inputs?