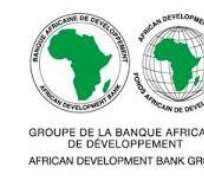 Abidjan, Cote d’Ivoire, March 15, 2018 - “Aside from the 2017 Winter Olympics, the annual meeting of the African Development Bank this May in Korea, is the most important event on our calendar,” says Deputy Prime Minister and Minister of Strategy and Finance, Kim Dong Yen.

He made the remarks in Seoul, while hosting a delegation led by Bank President, Akinwumi Adesina. According to Yeon, the meetings provide Korea with an opportunity to deepen relationships with the African Development Bank, African governments, and the private sector.

Yeon mentioned that as part of a larger strategic engagement with Africa, Korea is interested in developing an Tech Corp human exchange and learning platform that would provide talented young Korean professionals with opportunities to serve in the public and private sector of the bank’s member nations.

Adesina, noted that asymmetrical or insufficient information and communication about African investment opportunities was a problem that needed to be fixed. He said a bilateral Tech Corp exchange would provide talented young Africans with much needed exposure and experiential learning in Korea.

During meetings with Mayor Suh Byung-Soo of Busan, Korea’s technologically innovative ‘smart city,’ Adesina promoted the Bank’s African Investment Forum in November 2018, stating that Africa was open for business, and that the forum would be ‘short on talk’ and ‘high on transactions and project pipelines.’

According to Mayor Byung-Soo, his country is highly interested in a Korea-Africa business forum that would open up doors for investment and development in Africa, and in leveraging opportunities for technological exchanges with Africa.

The African Development Bank team also visited Silla University, where school President Tae-Hak Park took the delegation on a tour of the country’s largest drone testing site and the University’s live simulation center. Silla is at the forefront of Korea’s industrial drone technology and the development of platforms supporting artificial intelligence, robotics, and Busan’s dynamic transition into a knowledge economy.

The Chairman and President of the Korea EXIM Bank, Sung-Soo Eun, said, “if the African Development Bank in conjunction with other MDBs can help de-risk investments and stabilize local currencies and exchanges rates, and continue commitments to regulatory and policy reforms, there will be significant Korean investments on the continent.”

While noting that only 15% of Africa’s trade was internal, Adesina said one of the Bank’s key agendas, Integrating Africa, was essential for the rapid movement of people, goods, and services, as well as Africa’s economic and social transformation.

Noting that Africa will be home to 500 million people by 2050, Ambassador Malungo said, “while the continent is urgently diversifying its economies, it is now time to dream of and create a new Africa.”

Busan will host the Annual Meetings of the African Development Bank from May 21 - 25, 2018.