Ogun Infrastructural Development: The Pains, Gains, Death and Cries of the Walking Corpses 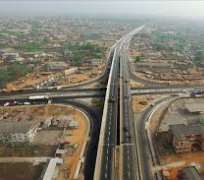 In 2017, a colleague at one of the State broadcasting stations in Ogun State lost her father to the cold hands of the death. It was gathered that the old man did not survive the shock from the announcement that his house will be demolished to pave way for road construction in the State capital.

Last week, the younger brother of my father visited our family house saying he is now a “walking corpse”. He lamented that in June 2017, he lost three storey buildings (hotel, residential house and shopping mall) to the road construction in Akute, Ifo Local Government Area of the State. Despite acquiring the land legally from Ogun State Property and Investment Corporation (OPIC) with an authentic C of O, compensation is yet to be paid despite numerous appeals.

This week, a cleric in my neighborhood (Sabo, Abeokuta) and his septuagenarian mother were given three days notice to vacate their house to pave way for the supposed expansion of Abattoir at Sabo, Abeokuta. The old woman had been crying all day since the announcement. I just pray that the grandma will survive the agony of attempt to render her homeless in number of days. These are few of the sorrow stories associated with road constructions in Ogun State. There are countless untold ones.

I cannot in any way fault the decision of the Ogun State Government to embark on massive infrastructural development in the State. Fortunately, I was actively involved in the reportage of the massive campaign of Senator Ibikunle Amosun in all the 20 Local Government Areas (if not the 234 wards) in Ogun State during the 2011 general elections. The then candidate of Action Congress of Nigerian (ACN) did not minced words on his resolve to turn Ogun State to “mini Dubai”.

I was privileged to be in attendance at one of the first official engagements of the governor in 2011 during the official opening of a world-class pharmaceutical company in Ogun State attended by former governor of Lagos State, Mr Babatunde Raji Fashola. Fashola was the cynosure of all eyes at that event due to his remarkable achievements in infrastructural development in Lagos State. In fact, the governor Amosun acknowledged the encomium rained on Fashola asking Nigerians to reserve some of the adjectives of praises for him as he embarked on his “Rebuilding Mission”. Senator Amosun explained that his plan for the infrastructural development of the State will be unparallel in the history of the State and if not Nigeria.

No doubt, the governor is working round the clock to fulfill his electioneering promises especially in the area of infrastructural development. My observation and analysis of the discussions in the public sphere (physical and virtual) indicated that there are no opponents to the “Rebuilding Mission” in terms of massive road construction in Ogun State. This was what some observers described as the “Construction Site of Nigeria”. The theme of the opposition messages was mainly the methodology or approach adopted by Senator Ibikunle Amosun administration to the infrastructural development.

This is the area the governor and his team needed to make adjustment and amendment if this government intends to get the “reserved” adjectives of praises rained on former governor Fashola.

The gains of the massive infrastructural development in Ogun State are evident just as its pains. Ogun State now prides itself as housing the largest manufacturing companies in Nigeria. When companies are folding up in different part of Nigeria due to the unfriendly business environment; more are springing up in the Gateway State. This has reduced the unemployment rate in the State and improved its security climate.

It is also on record that the man hour people of the State loss to heavy traffic in the intra and intercity journey has been reduced to its bearest minimum. In fact, my first car did not survive six months when I had to change the entire engine partly due to deplorable state of roads in Abeokuta.

According to the reports of the Federal Road Safety Corp (FRSC), before the intervention of the Amosun-led administration on road construction in 2012, there were increases in the number of death from bad road induced accidents. This has also reduced over the years. It is however not worthy to replace one form of death with another.

Ogun State is referred to as “Civil Service State” because the government is the largest employer of labour. The present administration has partly changed the narrative by providing enabling environment through massive infrastructural development thereby encouraging the growth of Macro, Small and Medium Enterprises (MSMEs) in the State. This is expected to serve as catalyst to sustainable economic development, poverty alleviation and employment generation. One of the downsides of road construction and infrastructural development in the State is that it has temporarily and if not permanently rendered some petty traders and retailers in popular markets across the State jobless. The modern shopping complex is said not to be at the reach of these traders. It is therefore not right to replace one form of economic hardship with another.

What would have happened if the Amosun-led administration did not take this giant stride to change the face of infrastructure in the State? The socio-cultural and economic situations in the State would have worsened. The All Progressive Congress (APC) candidates in the 2015 general elections in Ogun State would not have received the favour of the electorates who massively voted for the party. Is it not appropriate for the present administration to take the bull by its horn by listening attentively to the cries of the “walking corpses” and appease the dead (those who died resulting from the infrastructural development)?

The manner in which quit notices were served on those affected by road construction and subsequent demolition of their property needed to be reviewed. A situation where you announced that people’s property will be demolished without considering the psychological trauma this announcement will cause is inhuman. Though, I witnessed the enlightenments embarked upon by the governor on the affected areas but little was done to ameliorate the suffering and hardship of these people. The government needed to do a follow-up to ascertain how peoples are coping with the trauma they were subjected to due to the demolition. It is not even out of place to have dedicated trauma centres and Internally Displaced Peoples’ (IDP) Camps across the State for those affected by the infrastructural projects of the government.

How do you also describe a scenario where property where demolished after few days of quit notice only for the government not to commence work on the site for years? Why are you in a haste to demolish people’s property without giving them enough time to relocate? Why not pay compensation before commencing demolishing exercises to serve as a temporary succor?

It must also be stated that government is not wholly responsible for some of the agonies of the victims of demolished structures across the State. Some of them are self imposed.

As responsible citizens, we must begin to change our attitude and orientation on doing the right thing at the right time. It is not ideal to acquire landed property without confirming its status from the Bureau of Lands and Survey. What do you expect when you build on land that had been acquired by the government? We must support the “Building Right” programme of the government. This is the preventive measure for us, at least to have the moral justification to question any unpopular decisions and draconian policies of the government.

How do you also explain a situation whereby people deliberately encroached on government property? Or situation where people deliberately disregard the right of ways by building both residential and shopping complexes on road set-backs? My experience as a reporter while covering some of these issues revealed that those who build on land under acquisition by the government or build without approved plans, have the mindset that they would be “pardoned” by the government if they blackmail the officials championing move to do things right.

For instance, the government amnesty termed “Home Owners Charter” offered by the Amosun-led administration to those who built without approval of the appropriate government agencies was not extended to those who encroached on land under the acquisition of the government. I was under intense pressure by these set of people to report that the Home Owner Charter was a sham.

Just as we are appealing to the State government to inject human feelings in the implementation of its projects, programmes and policies; we must also learn to act responsibly in our dealings with the government.

In all, I support the massive infrastructural development especially in terms of road construction in Ogun State. I am also at home with the argument of “No pain, No gain”. I am however not in support of people of Ogun State paying the supreme sacrifice (death) in an attempt to put up road infrastructure. No life is worth sacrificing for infrastructural development. And there is no section in the 1999 Constitution of the Federal Republic Nigeria (as amended) to put to death (overtly or covertly) those encroaching on government land or violates the building regulations. I also doubt if such appears in any extant laws in Ogun State.

The government must do everything within its power to ensure that no life will further be lost to its road construction. Prompt payment of compensation, provision of temporary relocation, adequate grace period for quit notices, special preferences to the poor and referral of victims to trauma centres and IDP camps are the least the government can do to stop further death and explosion in the numbers of “living corpses” in Ogun State due to its massive infrastructural development termed “Rebuilding Mission”.

Jamiu Folarin is a community reporter with Connected Development (CODE), Abeokuta, Ogun State. He can be reached on [email protected] , +2347033773993.