What are our Citizenship rights? 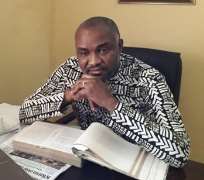 On Wednesday March 14th 2018, yours faithfully had the privilege to deliver a lecture at the largest Catholic Parish within the Abuja metropolitan Archdiocese known as Our Lady Queen of Nigeria pro-cathedral.

The occasion was the year 2018 laity week which is usually marked every Lenten season as a time of prayerful reflections, spiritual mortification, and socio-political intellectual exchanges.

This particular lecture which took place soon after the Stations of the Cross had in attendance the most senior serving Catholic Church leader in Nigeria, John Cardinal Onaiyekan, who had only that Wednesday afternoon arrived from the Vatican City where he attended the fifth year anniversary events of the current papacy of Pope Francis the first.

My charge was to do justice to the all-important theme of citizenship rights just as this strategic thematic issue has coincided with the ongoing registration of voters exercise all across the country.

Naturally, to kick off such a beautiful lecture would demand that the audience is charged to individually do themselves the civic duty of obtaining their individual permanent voter’s card which in the first instance is the only passport to allow for critical questions to be asked to the political class who would emerge from the conduct of the coming elections. It is said that a country gets the kind of leaders they want.

The be- all and end -all of citizenship rights is the exercise of the right to vote and be voted for because only a very participatory democratic process can guarantee good governance which basically is gauged by how so well the principles of transparency and accountability are upheld by government officials.

This key point of mass participation in choosing the political leaders was mentioned by the Catholic Archbishop of Abuja in his opening remarks. The Archbishop also added his voice to the point i canvassed on the need for Nigerians to exercise their right to civil protests.

Fortuitously, even the framers of the constitution of Nigeria of 1999 (as amended), understood the essence of qualitative mass participation in the electoral process so much so that they devoted a section to emphasize on it.

Section 14(1) and (2)(c) states as follows: “(1) The Federal Republic of Nigeria shall be a State based on the principles of democracy and social justice; (2) It is hereby, accordingly, declared that: (c) the participation by the people in their government shall be ensured in accordance with the provisions of this Constitution.”

After clearly establishing the fundamental issue that citizenship rights start from the active participation of the people of Nigeria in deciding the caliber of political leadership that would preside over the governance processes of the nation-state, the next step is to say that a citizen as a member of a given community is entitled to all rights and privileges encompassed in both the local and international laws. Some of these rights are enshrined in the Universal Declarations of Human Rights which has thirty articles, the International covenant on civil and political rights; the African charter on human and people's rights and the Constitution of the federal republic of 1999(as amended). But then again, understanding citizenship rights will be greatly enhanced if we are able to comprehend the concept of citizenship. We will therefore approach some notable global scholars to drink from their rich fountains of knowledge.

From the Stanford Encyclopedia of Philosophy we are told as follows: “A citizen is a member of a political community who enjoys the rights and assumes the duties of membership".

This broad definition, we are told, is discernible, with minor variations, in the works of contemporary authors as well as in the entry “citoyen” in Diderot’s and d’Alembert’s Encyclopédie [1753].

The author of the material being quoted from the Stanford Encyclopedia of Philosophy however stated that notwithstanding this common starting-point and certain shared references, the differences between 18th century discussions and contemporary debates are significant.

Hear the author:"The encyclopédiste’s main preoccupation, understandable for one living in a monarchy, was the relationship between the concepts ‘citizen’ and ‘subject’. Were they the same (as Hobbes asserted) or contradictory (as a reading of Aristotle suggested)?"

This issue the writer said is less central today as we tend to take for granted that a liberal democratic regime is the appropriate starting-point for our reflections on the concept of citizenship.

"This does not mean, however, that the concept has become uncontroversial. After a long period of relative calm, there has been a dramatic upsurge in philosophical interest in citizenship since the early 1990s", the writer argied.

Then again, we are told that two broad challenges have led theorists to re-examine the concept: first, the need to acknowledge the internal diversity of contemporary liberal democracies; second, the pressures wrought by globalization on the territorial, sovereign state.”

What then constitutes the Aristotle’s take on the much talked issue of the rights of citizenship? If one may ask.

Aristotle is of the firm opinion that the state exists for the sake of a good life, and not for the sake of life only. The state for him, is the union of families and villages in a perfect and self-sufficing life, by which we mean a happy and honorable life. Political society exists, for the sake of noble actions, and not mere companionship.

Aristotle argued that whatever form a government has, it will rest upon some conceptions of justice and proportionate equality.

Writing on what he termed “The basis of Sovereign Authority”, the English Philosopher, Thomas Hobbes (1588 – 1679) states as follows:

“We do not therefore by nature seek society on its own sake, but that we may receive some honour or profit from it; these we desire primarily.”

Incidentally, the chapter three of the constitution in section 25(1) (a), (b) and (c) defines the Nigerian citizen as follows: 25. (1) The following persons are citizens of Nigeria by birth-namely- (a) every person born in Nigeria before the date of independence, either of whose parents or any of whose grandparents belongs or belonged to a community indigenous to Nigeria; Provided that a person shall not become a citizen of Nigeria by virtue of this section if neither of his parents nor any of his grandparents was born in Nigeria.

From chapter 4 of the constitution, here are the rights of citizenship.

These fundamental human rights are; 33. (1) Every person has a right to life, and no one shall be deprived intentionally of his life, save in execution of the sentence of a court in respect of a criminal offence of which he has been found guilty in Nigeria;34. (1) Every individual is entitled to respect for the dignity of his person, and accordingly - (a) no person shall be subject to torture or to inhuman or degrading treatment; (b) no person shall he held in slavery or servitude; and (c) no person shall be required to perform forced of compulsory labour.

In section 35. (1), the law says;" Every person shall be entitled to his personal liberty and no person shall be deprived of such liberty save in the following cases and in accordance with a procedure permitted by law – (5) In subsection (4) of this section, the expression "a reasonable time" means -(a) in the case of an arrest or detention in any place where there is a court of competent jurisdiction within a radius of forty kilometres, a period of one day; and (b) in any other case, a period of two days or such longer period as in the circumstances may be considered by the court to be reasonable.

Section 36. (1) Says that in the determination of his civil rights and obligations, including any question or determination by or against any government or authority, a person shall be entitled to a fair hearing within a reasonable time by a court or other tribunal established by law and constituted in such manner as to secure its independence and impartiality.

Also section 37 says that "The privacy of citizens, their homes, correspondence, telephone conversations and telegraphic communications is hereby guaranteed and protected."

In section 38. (1) "Every person shall be entitled to freedom of thought, conscience and religion, including freedom to change his religion or belief, and freedom (either alone or in community with others, and in public or in private) to manifest and propagate his religion or belief in worship, teaching, practice and observance." The constitution additionally provides that 38(2) No person attending any place of education shall be required to receive religious instruction or to take part in or attend any religious ceremony or observance if such instruction ceremony or observance relates to a religion other than his own, or religion not approved by his parent or guardian.

The need to safeguard the most essential element of freedoms and democracy made the drafters of the Constitution to affirm in 39. (1) That: "Every person shall be entitled to freedom of expression, including freedom to hold opinions and to receive and impart ideas and information without interference". Other crucial citizenship rights are enshrined in section 40 which affirmed that: "Every person shall be entitled to assemble freely and associate with other persons, and in particular he may form or belong to any political party, trade union or any other association for the protection of his interests". Citizenship should guarantee the right to free movements but even as the constitution has provided for this, there is this needless insertion of indignity which whittles down the essence of our commonality as Nigerian citizens. For instance, the Constitution erroneously stated that a woman born in a different place from her place of marriage cannot for instance serve in the judiciary or any other positions of authority as if she hails from her husband's place. This is contrary to section 41 which says that:" (1) Every citizen of Nigeria is entitled to move freely throughout Nigeria and to reside in any part thereof, and no citizen of Nigeria shall be expelled from Nigeria or refused entry thereby or exit therefrom". this same problems associated with the idea of who an indigene of particular communities is amounts to discrimination especially if it leads to a denial of any benefit that accrues to others considered originally as indigenes of those communities.

There is another dimension whereby in the North Christians are denied access land as against section 43 which affirms that:" Subject to the provisions of this Constitution, every citizen of Nigeria shall have the right to acquire and own immovable property anywhere in Nigeria." Section 10 it would be recalled, outlaws the recognition of particular religion as state religion as is the prevalent practice in the North which has elevated Islam as state religion leading to state' denial of landed assets to Christians.

Section 44. (1) says: "No moveable property or any interest in an immovable property shall be taken possession of compulsorily and no right over or interest in any such property shall be acquired compulsorily in any part of Nigeria except in the manner and for the purposes prescribed by a law that, among other things. Importantly, section 46. (1) says: "Any person who alleges that any of the provisions of this Chapter has been, is being or likely to be contravened in any State in relation to him may apply to a High Court in that State for redress".

The National Assembly should make hay whilst the sun shines by addressing these errors inserted in the Constitution which clearly has taken away certain citizenship rights from Nigerians who found themselves in places they are deemed as non-indigenes.

Before i conclude i must state that the most important right of a citizen is Right to life. Since three years now, armed Fulani herdsmen have killed thousands of Nigerians and destroyed their property but the current administration has failed to address these security challenges which denies citizenship rights to thousands of Nigerians.

*Emmanuel Onwubiko is the Head of the Human Rights Writers Association of Nigeria (HURIWA) and [email protected] ; www.huriwanigeria.com ; www.huriwa.blogspot.com .