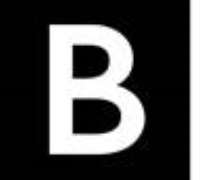 The BBC today sets out its ambition to be a global leader in the fight against fake news, which is creating a huge decline in global audiences’ trust in media.

The BBC’s World Service Group will spearhead this work, putting a major focus on Global Media Literacy, and culminating in a major live global broadcast bringing together young people from around the world to discuss how trust can be restored. Plans include:

· Extending the BBC’s Reality Check service to more parts of the world.

· Rolling out materials educating about fake news to schools and audiences around the world.

· Organising a major full-day fake news event where teenagers from around the world will be brought together in a live broadcast to talk about the challenges they face in their home countries in assessing news, sharing ideas about solutions for the future. It will feature on the World Service, World News as well as the Victoria Derbyshire Show and Newsround in the UK.

Fran Unsworth, Director, BBC News and Current Affairs, said: “The BBC has already been doing a lot to tackle the scourge of fake news through Reality Check fact-checking claims and coming to a judgment, or our journalists going into schools in the UK to educate youngsters.

“But this is a global problem. It’s vital people have access to news they can trust – and know how to distinguish between fact and fiction. Broadcasters and the rest of the news industry have a responsibility to tackle fake news, and I want to use the BBC’s global reach to lead the way.”

Fake news is a huge global issue. During the Italian election, there were social media claims that a government minister attended the funeral of a mafia boss when in fact it was a photo of her at the funeral of the victim of a racist attack. In Macedonia teenagers have made money from advertising by setting up sensationalist fake news sites. And a young girl believed to be trapped in the ruins after the Mexico earthquake last year never actually existed.

Around the world too there is already work underway to hold power to account. BBC Persian has a journalist dedicated to checking claims made by Iranian authorities, as well as responding to audience queries; BBC Russian does rapid fact-checking of government speeches; BBC Monitoring does all of this as its daily bread and butter.

Now the aim is to turbo charge this and make a much bigger impact globally.

The single day live broadcast will be co-ordinated from London and include broadcasts from Beirut, Nairobi and Mumbai or Delhi. It will see teenagers talking about the challenges they face in their home countries in assessing news. They will share their thinking about solutions for the future. It will have the flavour of a global School Report, with young people leading the debate and the journalism, supported by BBC journalists and in house experts in their region.

It will include the findings of a global survey on media trust issues, and we will produce a clickable map of fake news stories allowing audiences to see a heatmap of disinformation around the world.

Building on the work that has already been done by School Report, and BBC Hindi, through the year we will also be developing materials that can be rolled out globally to help young people combat fake and false news and information. They will guide our audiences through questions such as: “What is Fake News?” “Who do you Trust?” “How to assess content?” It will include online videos and workshop materials.