Umahism: Peace As The First Fruit Of Democracy 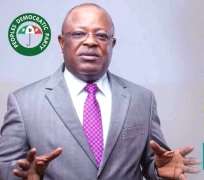 Ebonyi State was created on 1st October 1996 by Late General Sani Abacha, a hero whom Ebonyi people have refused to sing. Before now, Ebonyi State had been governed by two military administrators, Commander Walter Aye Feghabor and Police Commissioner Simeon Oduoye; and two civilian Governors, Dr. Sam Ominyi Egwu and Chief Martin Elechi. As expected, the pioneer military administrator set up the take-off structures for the young state, while the second which was the last military administrator chaperoned the democratic process in Ebonyi State. The civilian administration of Dr. Sam Egwu laid the foundation for the development of Ebonyi State and her people mainly through a radical education programme which, apart from being free and compulsory, had a fantastic overseas scholarship component. Egwu equally had a housing sector development programme yet to be equaled by any administration in Ebonyi State. Chief Elechi who may unarguably remain the oldest Governor in the history of Ebonyi State linked all the parts of Ebonyi state which were before then separated by the meandering tributaries of Ebonyi river through the unity bridges. However, one thing common with all the leaders of previous administrations in Ebonyi State was the lack of political will and sincerity required to foster peace among the citizenry who were at all times pitched against one another by pecuniary or proprietary interests. In some cases, the leaders did not only descend into the arena of conflicts but were seen in full combat gear at the trenches fighting a section of the people in a conflict where neutrality and sincerity of purpose on the part of the leadership would have nipped the conflict in the bud, restored peace to the state and saved the state princely financial and other resources wasted in both the battle ground and supplementary security appropriations. That was exactly the scenario that played out in Ezillo which metamorphosed into Ebonyi version of the infamous Gaza Strip just because of a simple disagreement over the location of a pay-phone booth!

By 29th May 2015 when David Nweze Umahi took over as the third Executive Governor of Ebonyi State, what Chief Martin Elechi handed over to him was Ebonyi State where the citinzenry were pitched against one another in many avoidable wars, chief of which were the Ezillo - Ezza-Ezillo bloody war and the Igbojima - Unwuerwa cold war. Umahi whose goodwill and godly courage were as infectious as they were legendary, made it clear that as a believer in Jesus Christ who was the Prince of peace, he would not tolerate war under any guise in Ebonyi State. This was a radical departure from the routine abdication of duties that characterized previous administrations when faced with similar circumstances. In a practical demonstration of his creed, Umahi reached out to the warring parties in the Ezillo and Ezza-Ezillo conflict and brought them to a round table where the issues were laid bare on the table and frankly addressed without fear or favour. He took the entire Ebonyi State to Ezillo where prayers for peace were said, the vestiges of the wanton war were uprooted and the tree of peace was planted in its place on Ezillo soil!

In recompense, Ezillo, Ezza-Ezillo and all men of goodwill in Ebonyi State gave their cooperation, while men of God prayed for Umahi's peace initiative to succeed. In the end, God crowned Umahi's efforts with humongous and unprecedented success which culminated in the signing of a peace accord, demarcation of a clear-cut boundary and the creation of two autonomous communities - Izzo for Ezza-Ezillo people and Amaleze for Ezillo people. By this token, Umahi made peace the first fruit of democracy! According to him, it is when there is peace that development and progress can take place. Umahi took his peace moves to all the communities where there were conflicts in Ebonyi State and equally restored peace in those communities. These unprecedented and ever-green feats gave Umahi out as Ebonyi version of Saint Francis of Assisi and a consummate Peace ambassador which the Nigerian nation needed and would depend on to solve one of the intractable national issues in future.

Recently, the activities of Miyetti Allah Herders generated outcries and reactions from farmers and State Governments across the country especially in the North central. The reactions generated counter-reactions and the vicious circle continued until the clashes snowballed to a national problem threatening the peace and corporate existence of the Nigerian nation. In the circumstances that prevailed, it was obvious that a peace ambassador was needed to take the dove and its message of peace to the people with the aims of calming already frayed nerves and restoring the people's waning confidence in corporate Nigeria. The lot fell on Governor David Nweze Umahi whom the Presidency had earlier christened as the "Wiseman from the East". Umahi was appointed as the Chairman of the National Executive Committee on the reconciliation of herdsmen and farmers' conflicts in Benue, Taraba, Adamawa, Nassarawa and other states. Peace Ambassador David Nweze Umahi set to work visiting all the Internally Displaced People's (IDP) camps and holding meetings with the State Governors, Miyetti Allah Herders representatives, local farmers and other critical stakeholders in the affected states. In the end, God crowned the efforts of this unique Nigerian patriot with success: Truely, the herders - farmers problem has not been finally solved, but the rays of the light of hope are palpable through Umahi's onerous efforts which have yielded room for reconciliation. Nigerians across tribal, religious and political party divides have profound appreciations for David Nweze Umahi.

Just as Ebonyi people, nay Nigerians, were celebrating Governor David Nweze Umahi's successful peace missions, skirmishes erupted between Ekpomaka and Inyimegu communities in Ikwo Local Government Area of Ebonyi State over the ownership of (a natural fish pond) which formed part of a disputed piece of land which permanent demarcation exercise was abandoned half-way by the immediate past administration. In the skirmishes that followed that avoidable land dispute, properties, limbs and lives were lost. This irked Governor Umahi so much that he ordered Ebonyi State Police Command to immediately arrest all his appointees no matter their status, councilors, traditional rulers, town union presidents and other stakeholders from the said Inyimegu and Ekpomaka. By that action, Umahi has demonstrated his commitment to peace as the first fruit of democracy; and the fact that peace should rather be worked for by everyone and not seen as an accident which happens at opportune times.

As I write this piece, Umahi is in Ikwo Local Government Area conferring with the people in order to restore lasting peace in the area. These efforts and the fact that Umahi sacrificed the celebration of the 26th anniversary of his successful marriage to his heartthrob - Mrs. Rachael Ogonna Umahi - in order to restore peace to troubled Ikwo land gives Umahi out as one leader who is qualified for the benefits of the beatitude in Matt. 5 : 9.

I wish Governor Umahi and his wife the continued presence of God in their marriage, home and administration; and pray God to continue to crown the peace efforts of this National Ambassador of Peace in Nigeria - His Excellency, Deacon David Nweze Umahi - with success.

May the peace of God almighty be upon Ebonyi State and the Nigerian nation!