*BLAMES PRESIDENCY FOR FAILING TO PROSCRIBE ARMED FULANI HERDSMEN AS TERRORISTS:
By HURIWA 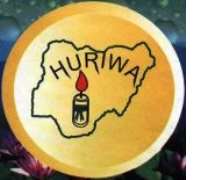 The Rights group accused the federal government of President Muhammadu Buhari of apparently tolerating the armed attack by his kinsmen- the armed Fulani herdsmen because if he truly wishes to battle the scourge of persistent bloody attacks of diverse farming communities all across the Country with heavy concentration around North Central and the predominantly Christian North Eastern cimmunities in Taraba and Adamawa States, he could have made a landmark decision by first of all proscribing as a terrorist platform, the Miyetti Allah Cattle Owners Association which actively backs the attackers and secondly by rejigging the current lopsided internal security team made up predominantly of Fulani/Hausa Northern Moslems in a multiEthnic and secular constitutional democracy like Nigeria with clear constitutional provisions for federal character principle in all strategic national appointments.

HURIWA in the media statement by the National Coordinator Comrade Emmanuel Onwubiko and the National Media Affairs Director Miss Zainab Yusuf, confirmed that a coalition of 250 Credible independent Non- Governmental organisations have since commenced broadbased consultations under the auspices of the Human Rights Writers Association of Nigeria (HURIWA) on the persistent KILLINGS and well coordinated genocide by armed Fulani herdsmen with a view to taking a common but sustainable position on how to ensure that all government officials in the current administration that have failed to discharge their constitutional duties to preserve and defend the sanctity of the lives of Nigerians are subjected to global crimes prosscution as soon as possible.

"We discovered that we can't go it alone so we have met over 250 stakeholders who share same patriotic sentiments like us so we collectively compile unassailable body of evidence that could be added to the existing evidence we as HUMAN RIGHTS WRITERS ASSOCIATION OF NIGERIA (HURIWA) previously submitted to the INTERNATIONAL CRIMINAL COURT IN THE HAGUE,NETHERLANDS so current government officials guilty of crimes against humanity through willful but criminal negligence in the face of ongoing horrendous mass killings by armed Fulani herdsmen are arrested on the Worldwide directive of the Global Crimes Court in The Hague Netherlands".

HURIWA expressed consternation that despite persistent violent attacks by armed Fulani herdsmen and inspite of well thought out body of advice sent to President Muhammadu Buhari's administration by us in HURIWA and others to declare Miyetti Allah Cattle Owners Association as a terrorists group and to take action to disarm, arrest and prosecute armed Fulani herdsmen, President Buhari has only paid lip service to this issue of armed Fulani violence that constitute the greatest threat to national security and has chosen not to arrest key figures of the Miyetti Allah Cattle Owners Association that have made documented statements actively motivating the armed Fulani herdsmen to kill unarmed farmers and to take over their farms in all parts of Nigeria with the worst case scenarios being the systematic killings going on in Taraba, Adamawa, Plateau, Benue and Southern Kaduna states by armed Fulani herdsmen.

The Rights group totally condemned as despicable the rape and killing of a pregnant woman in Benue State at the weekend, the killing of over two dozen farmers in a fresh armed Fulani attacks in Benue state, the killing of ten children in a part of Plateau state barely 24 hours after the visit of President Muhammadu Buhari.

HURIWA recalled that Mr Danjuma Wabas, Councillor representing Daffo District in the Bokkos Local Government Council, who confirmed the figure aforementioned to the News Agency of Nigeria (NAN), said that the deceased were given a mass burial.

HURIWA recalled that a News Agency of Nigeria's correspondent, who visited some of the affected villages, reports that many of them were burnt down while the fear-stricken villagers had fled to either Daffo, Bokkos or other areas of the state.

HURIWA quoted the media repors as saying that among the houses razed down was that of a former Deputy Governor of Plateau even as the worst hit villages included Ngakudung, Farunhai, Mhorok, Ganda and Warrem-Hotom.

HURIWA said: " From credible media accounts, also hit were Maidunna and Josho, where Sen. Joshua Dariye (APC/Plateau Central), took relief materials last week, following an attack on the village in February. Some of the villagers, who spoke to NAN, said that the attackers wore “black uniform” and had sophisticated guns. The attackers wore black uniforms and had something that looked liked a scarf on their heads,” one Malo Mafulul, told NAN at Ganda village.Wabas, who confirmed Mafulul’s claims, described the situation as “scary”, saying that more people were still unaccounted for. As we speak, more people are missing while some of the injured persons taken to the hospitals have died.Among those who died in the hospital is one Mrs. Naomi Zakaria, who was shot in the stomach.

HURIWA quoted Councillor Wabas as saying that the attackers were moving from one village to the other, disclosed that they destroyed crops and burnt down unharvested crops just as the councillor said that the entire Daffo District had been thrown into mourning, and urged security security personnel to help those taking refuge in places of worship and other areas in Daffo town.

HURIWA also said that Major Umar Adams, spokesman of Operation Save Haven (OPSH), the security outfit in charge of security on the Plateau, confirmed the attacks. saying thus:“Yes, we are aware of the attacks, but we are yet to ascertain the number of casualties. When the report came to my officers over there, the first four women that were shot were rushed to the hospital for medical attention. As at that time, only one infant, who is less than one year old, was confirmed dead. The situation only got worse when some youths mobilized themselves to confront the attackers. Most of the Internally Displaced Persons (IDPs), are taking refuge in some worship centres in Bokkos town, while some of those injured were being treated at Bokkos Cottage Hospital and Plateau Specialist Hospital in Jos. The people are urged to exercise restrain and allow the security agents to deal with the situation".

HURIWA lamented that President Buhari has displayed crass incapacity and/or lack of political will to confront the armed Fulani herdsmen headlong apparently for Ethno-religious consideration which violates the sanctity of the Constitutional Oath of office he swore to uphold and enforce the provisions of the Constitution without recourse to Ethnicity, religious inclinations of his person. "The undue haste by the government of Muhammadu Buhari to deploy armed security forces to crush unarmed civilians belonging to Indigenous people of Biafra (IPOB) and the declaration as a terror group of this non violent group registered all over Europe and America known as IPOB for seeking self government is benumbing. It is even much more shocking that this same President who took those rash and illegal decisions against a purely unarmed pressure civil society group known as IPOB led by the UK trained Nnamdi Kanu who has disappeared since after his Umuahia house came under military bombardments, is refusing to use the sledge hammer to deal with armed Fulani herdsmen who have killed thousands of innocent Nigerians and are threatening to cause a long drawn out civil war in Nigeria if care isn't taken pretty quickly. Why this unpatriotic handling of these alleged serial mass killers known as armed Fulani herdsmen?"